This trip enabled me to experience once again my perfect day on the sea: fishing while sailing to a dive site!

A hundred books or more have been written about the almost mythical Island of Bali, and it continues to entrance its visitors still. It’s a favourite holiday island for Aussies, but get away from the fleshpots of Kuta and you’ll find that the magic is still there, albeit hidden behind a veil of tourist exploitation.

I had sailed to Bali on several occasions before and greatly enjoyed its relaxed and very arty atmosphere, but now, with a dive compressor and 6 full sets of dive gear on White Dragon, we headed off to what is undoubtedly one of the worlds best diving areas, Komodo National Park.

Komodo is perhaps more famously known for the greatly endangered Komodo Dragons, but, due to the massive currents and tides that rip through it, the underwater topography and life is, for me, the real jewel.

We dropped off our mooring in the protected anchorage at Serangan Island and White Dragon headed out to the land of dragons, Komodo National Marine Park. The general tidal flow direction is north to south but we needed to await the north-flowing tidal current which cancels out the strong southerly current flow for a few hours.

If you get this wrong you’ll be going backwards with tidal flows against you at up to 7kts!

We were heading for the small island of Lembongan with just a 15nm run before us. It’s a short trip but it gives you the chance to get up to the wider end of the Badung Straits and puts us near the Nusa Peneda Channel, which is one of only a few dive sites in the world where you can find giant sunfish if you’re lucky. The sunfish are often seen here, but they stay deep, rarely coming up shallower than  40mts. We hit lucky with our fourth dive.

The chart above shows the anchorage, it can get quite crowded and crazy with tourist boats coming up from Bali, there are a few basic restaurants ashore.

The holding is on broken coral rubble so put a lot of chain out. If swimming from the yacht at anchor, put out a trailing safety line on a small fender or buoy as the tide runs fast here and you can soon be too far away from the boat to get back.

The next leg takes us onto the Gili Islands, once again the departure must await the north-flowing flood tide or you’ll simply mark time until the tide turns.

The anchorage here is tucked in, out of the current and prevailing north wind, behind the Island of Aer, the least populated of the three islands. There is an excellent walk on the pathway around the island.

The passage from Aer to the next stop Santonda Island is just over 100nm. I use an average of 7kts to calculate my passage times on White Dragon so it’s a fifteen-hour sail. The sun sets by 18:00 here near the equator and I hate arriving at an anchorage with the sun too low, so I plan to be at Santonda by 15:00. On sailing yachts, one never arrives on time but I’ve still got 2 hours in hand before twilight comes, so working back we depart Pulau Aer at midnight.

There is only one reason to visit Satonda, but it’s a very good one. Satonda is a flooded volcano crater and it’s only a 50mt walk from the rangers pier, where you can tie up the dinghy to the lake rim. I’ve visited Satonda four times and I’ve never seen a ranger.

If you have the time and are fit enough, take the steep hike on the trail to the right, just before the lake. It takes you right up to the crater rim and after you’ve gulped down some water, you’ll witness a fantastic view of the volcanic lake. Its strange, still, greeny-blue surface reflects its surrounding crater like a mirror.

The anchorage here is very small and just 4 boats will fill it. The chart is inaccurate, as as you see where I’ve marked anchorage is showing that it dries out, which it doesn’t, it’s more than 10m deep. Drop your anchor on the shelf just off or east of the jetty in about 12mts, if space allows. The depth increases to about 25mts then drops off far too deep to anchor as you go further offshore.

The next leg takes you from Satonda to Pulau Banta, the very edge of the Komodo reserve. It’s a 95nm run so it’s another early start.

The route takes you between a headland on Sumbawa and Pulau Sangiang, which is an active volcano. As you pass by you’ll see steam trails rising from fissures on the southeast face of the volcano cone.

The anchorage at the southwest corner of the uninhabited island of Bantu is a deep fjord-like bay. It’s an excellent anchorage as there is only one danger, a small rock pinnacle on the western side of the bay, but there is plenty of water right up the centre of the bay. Anchor at the head of the bay in 7 or 8mts of water in fine sand. You’ll almost certainly have the whole beautiful bay to yourself. It’s protected from all winds except SSE. The prevailing wind is northerly.

It’s only a 27nm sail to a simply amazing anchorage I named Manta Key.

After diving the east-facing side of this tiny island, which is a world-renowned drift dive for Giant Mantas, we looked for an anchorage behind the tiny sandy island of Pulau Tambunan.

Whilst we had seen 10 mantas on the drift dive, nothing prepared us for what we saw as we dropped anchor in the calm crystal clear waters behind the island. There were giant mantas everywhere. Each disturbance you see in the photo below (top right) is a giant manta.

We jumped in and just sat on the bottom watching this amazing show in just 6mts of water on the slope up to the island. We saw more than 50 giant mantas of up to 5 metres across! During the whole dive there wasn’t a moment when a giant manta was not in view.

Leaving the Komodo National Park to the east will take you on to Labuan Bajo, the nearest town to the park.

It’s a backpacker kind of town where nearly everyone has come to dive Komodo. There are a dozen dive centres or more to cater for the budget dive tourism that has developed here.

Look out for the Made in Italy restaurant owned by chef Marco. Ask him when he’ll be cooking the Zebu steaks and give him my best regards. You can order one of Marco’s excellent sourdough loaves for collection in the morning.

There are dozens of outstanding dive sites and just as many idyllic anchorages across this huge marine park, but beware, the currents can be ferocious in places. Unless you’re a very experienced diver who can sit and work out when and where the slacks and tidal rips will occur, go to Labuan Bajo to get a dive guide who understands the challenges. 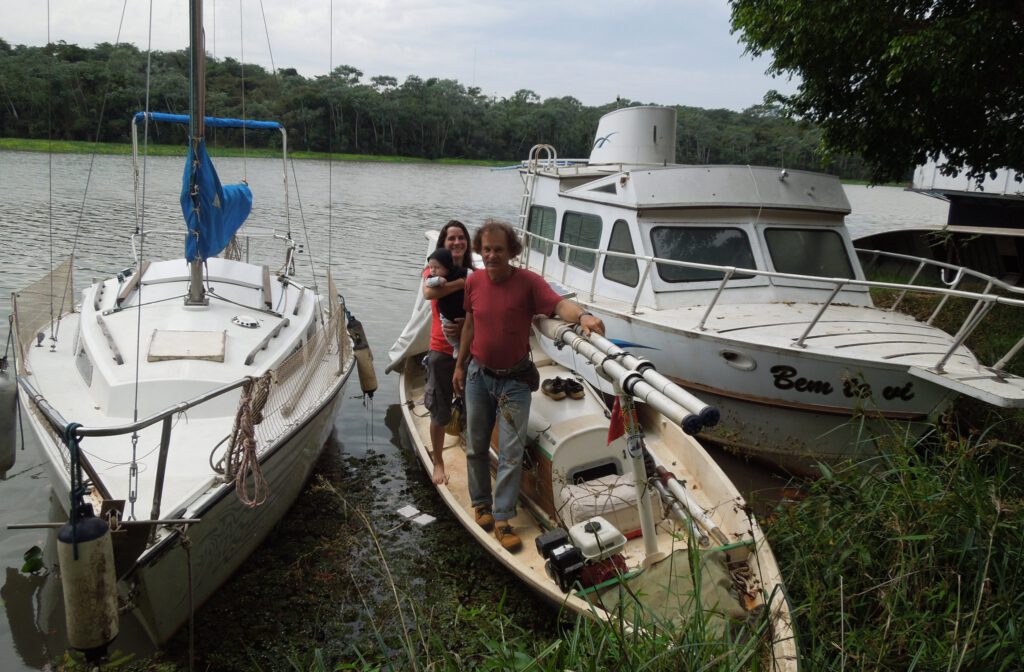 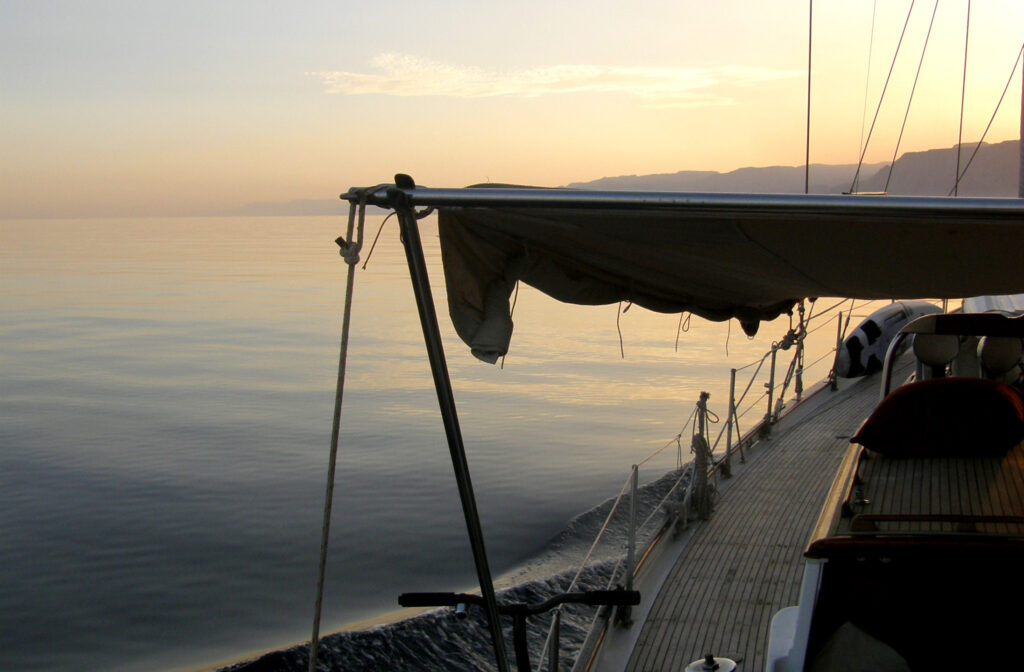 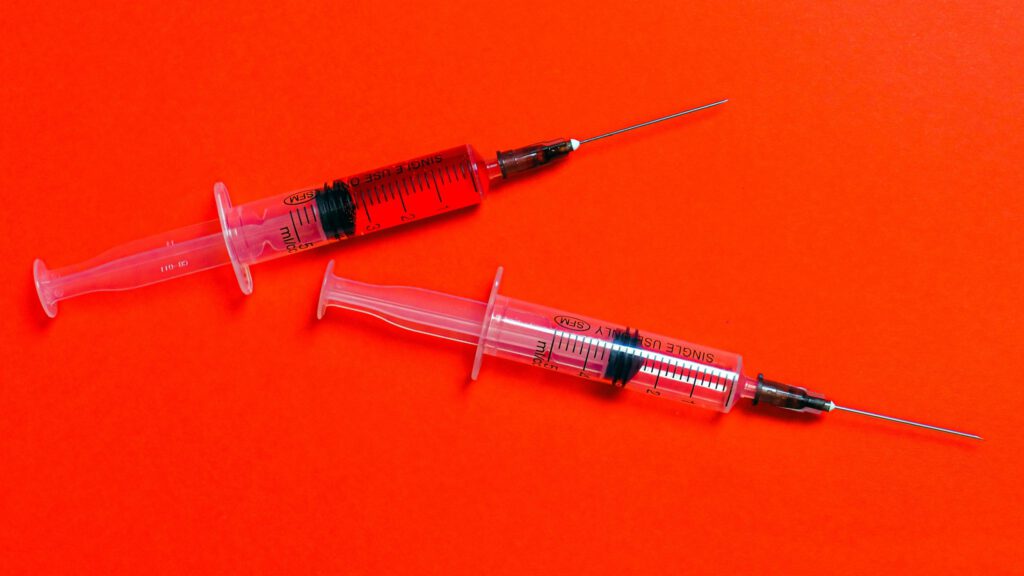 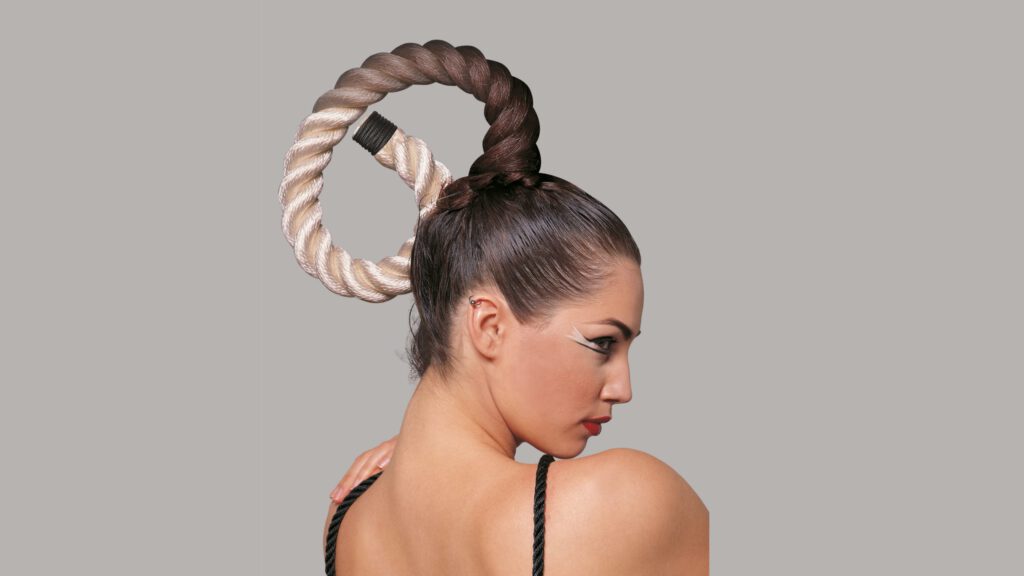