The Royal Navy has been called in to deal with a bomb-laden wreck passed by thousands of sailors each year, writes Dick Durham.

Each year thousands of yachts sail past the most dangerous wreck in the world and have done so for decades. Visiting sailors from France, Holland, Belgium and Germany as well as from further afield sail up to London on the River Thames every season and pass a World War II wreck, the SS Richard Montgomery, which is packed with 1,400 tons of unexploded bombs.

Until now no one has given the buoyed wreck a second glance, but this summer the Royal Navy will be master-minding the removal of the ships masts and derricks in an attempt to make it safer and less of an explosive risk.

The SS Richard Montgomery was one of hundreds of ‘liberty ships’ built during World War II in the US to bring urgently needed war material to the UK. The ships were constructed in six weeks by teams of female welders. The Montgomery’s keel was laid down in 1943 in Jacksonville, Florida.

The wreck lies just a mile off Sheerness in about 50 feet of water. She has been there since grounding in August 1944 while awaiting orders to join a convoy bound for Cherbourg to supply the Allies following the Battle of Normandy.

She was originally loaded with 7,000 tons of ammunition. The remaining 1,400 tons in the flooded forehold was never removed because the British Admiralty refused to pay stevedores danger money, according to an investigation by New Scientist magazine.

There are many theories about why she ended up stranded on a well-charted sandbank in the Thames Estuary just a couple of miles off the major Kentish port of Sheerness.

The most persistent story is that the ship went aground on a sandbank after the captain was ordered, by an inexperienced Naval Control Service officer, to anchor off the Great Nore. The water was too shallow and as the ebb came away she swung and grounded as the tide fell.

The Royal Navy and Scottish-based salvage company, Briggs Marine have the tricky salvage job – worth £5 million – of removing the rusting spars before they corrode too far, collapse and potentially set off a chain reaction. According to a newspaper report, the Ministry of Defence says the resulting explosion, ‘would throw a 300 metre-wide column of water and debris nearly 3,000 metres into the air and generate a wave 5 metres high.’

The corroding ordnance on the American freighter also poses a threat to thousands of homes, several marinas, moored yachts and residential estuary islands which lie below sea level.

The MoD document reportedly stated that in the worst-case scenario if the masts collapsed in an uncontrolled fashion it could cause “an explosion impacting the local area including the nearby oil and gas facilities in Sheerness leading to mass damage and potential loss of life.”

“We continue to monitor the wreck of the SS Richard Montgomery closely and it is understood that it is in a relatively stable condition.

“Expert wreck assessors are now undertaking detailed surveys which will inform future work to reduce the height of the masts.”

A recent Department for Transport survey found the ship’s three masts were deteriorating and in a poor state.

Peel Ports, which operates Sheerness docks, is responsible for marking and guarding the wreck. The seabed was surveyed in October to check for spilled explosives before the dismantling of the masts begins.

A spokesperson for the Maritime and Coastguard Agency said the risk of a major explosion was “remote.”

Since her sinking the SS Richard Montgomery has undergone regular surveys including sonar surveillance, and divers carried out an ultrasonic hull thickness analysis in 2003.

Assessments of the seabed contours which support the wreck have been made and whether a large crack in one of the main holds poses a threat to her stability. In 2013, a second hull thickness survey was taken.

The wreck has a circle of buoys around it, marking a 500-metre exclusion zone. The wreck is also under 24-hour radar surveillance by Medway Ports. Warning signs on all three masts read: ‘Danger unexploded ammunition. Do not approach or board this wreck.’

These weren’t in place when, as a teenager in the 1960s I sailed by in my dayboat. In those days the bridge was also above water, as was the funnel. Two dinghy sailors from a local yacht club were said to have landed on the bridge and chucked an anchor down the funnel.

In a statement, the Maritime and Coastguard Agency said: “Ongoing monitoring and assessment of the SS Richard Montgomery has identified that the masts may be placing undue strain on the rest of the vessel structure.

“In light of this, the decision has been made to seek to reduce the height of the masts in order to maintain the integrity of the hull and minimise the likelihood of structural collapse of the vessel.”

Editor’s note: As we went live with this issue, Ocean Sailor Magazine was told that Briggs Marine plan to erect an oil-rig like structure over the masts so they can be cut and carefully lifted off the hull. 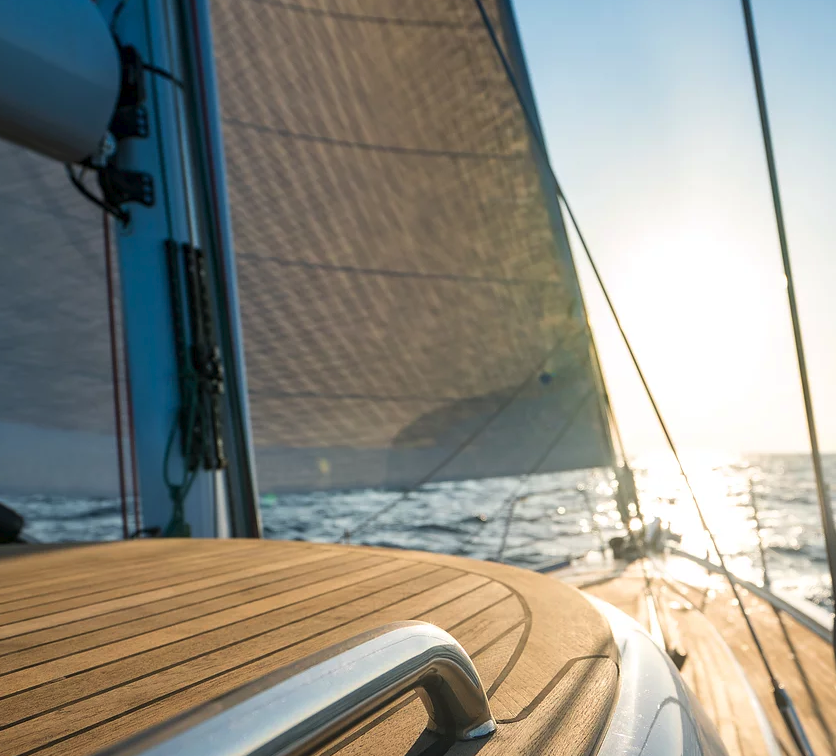 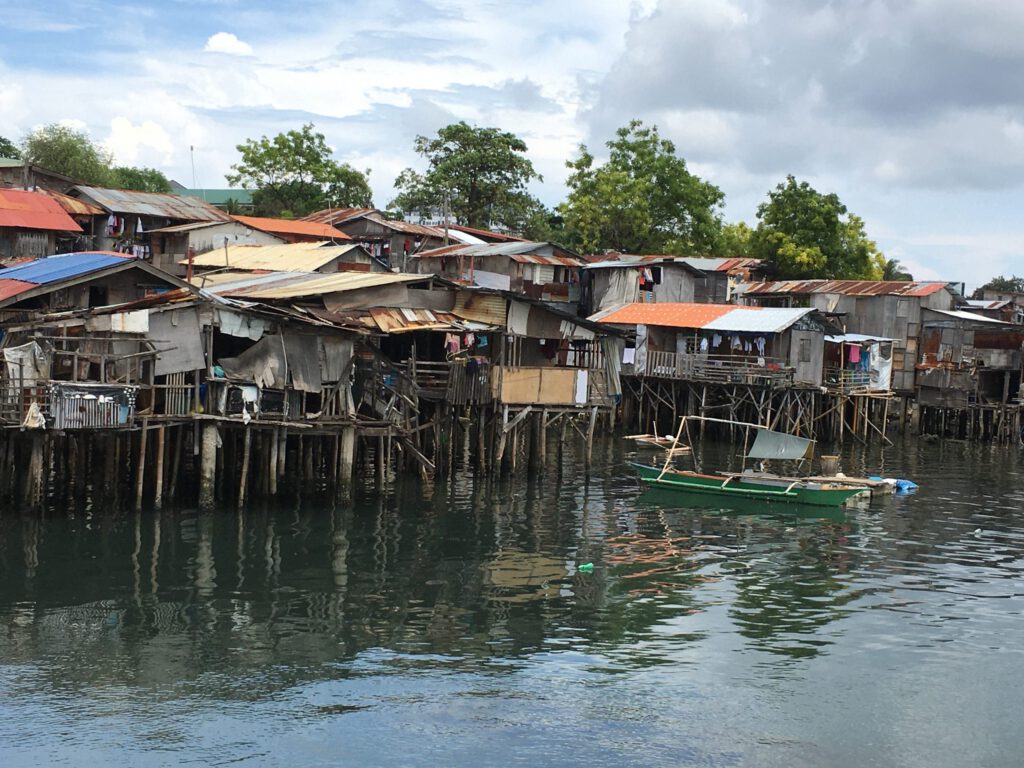 Cabin fever: Pandemic in the Philippines 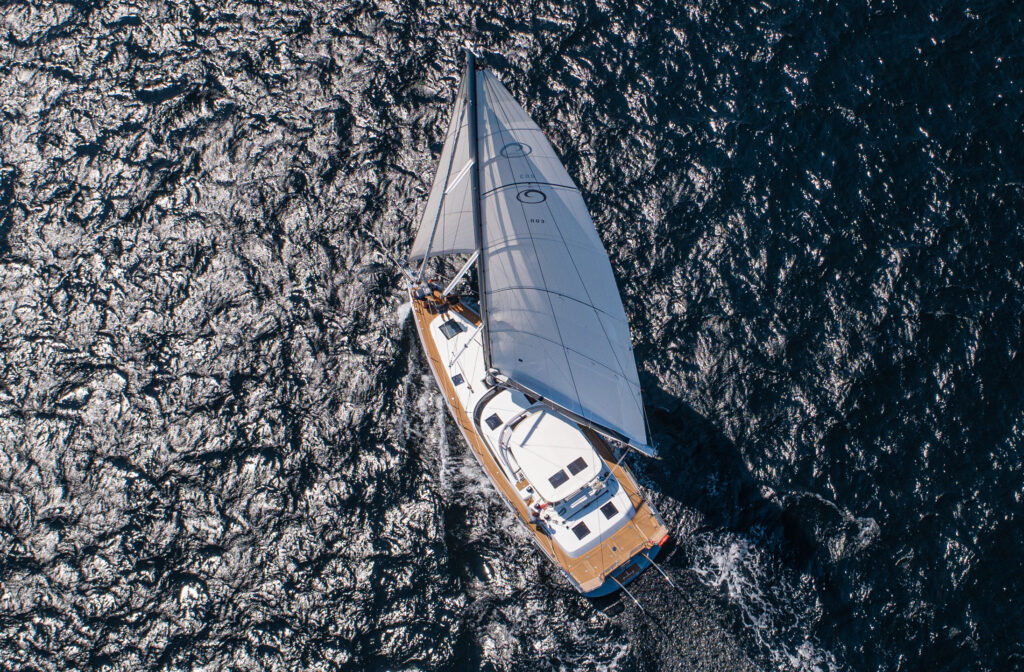 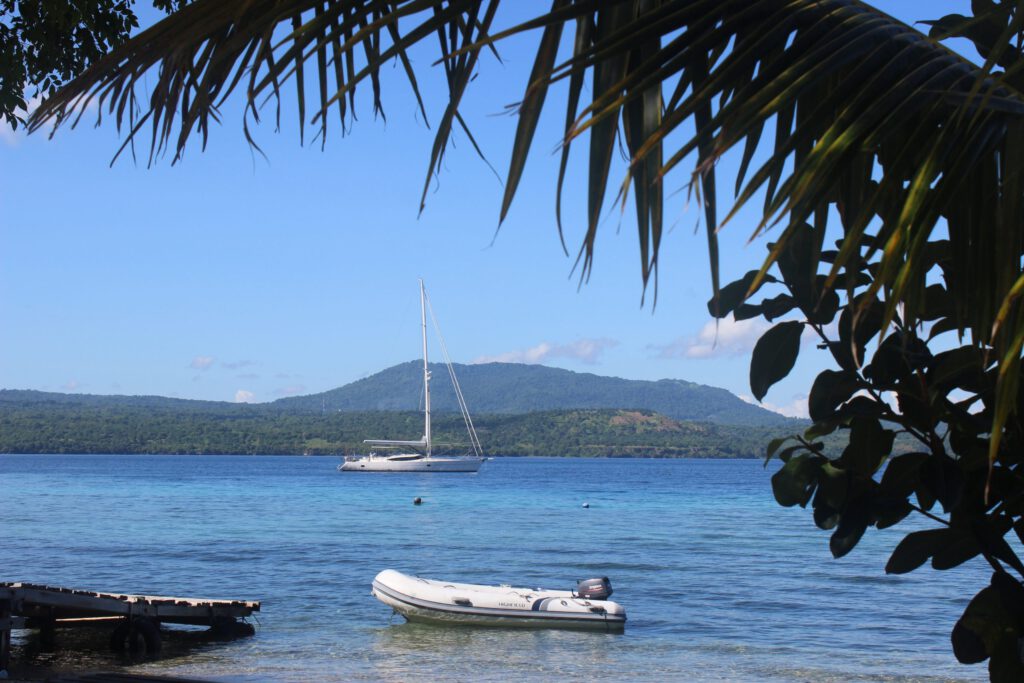