What better way to hold off the English winter than an autumnal cruise in Greece?, asks John Costi-Mouyia

On arrival at Gouvia Marina, just a short hop from Corfu International airport, four weary travellers were instantly rejuvenated by the sight of White Dragon, a Kraken 66, which was to be our luxurious nautical home for a week’s cruise in the Ionian Sea.  She was moored stern-to and her mate Rob Winter, a lean South African, beckoned us aboard. So Derek Wastell ,Paul Page, Dick Durham and I swapped the dusty Grecian quayside for the warm, teak-planked, deck by walking in-line across the passerelle. We stowed our kit-bags in the spacious cabins below, but noticing the aft quarters were deserted, I asked: Where’s the skipper?’

‘He’s sourcing supper,’ said Rob pointing to a line of tavernas. We followed his finger and soon found Dick Beaumont re-arranging a restaurant table to seat five, a table that was soon filled with too many dishes, as the hungry Essex men were spoilt by Hellenic choice.

After a comfortable night’s sleep aboard, we surfaced, ate breakfast, fuelled up and headed out of the marina bound for Lakka on the Island of Paxoi. With surprisingly light airs for the time of year the skipper decided to motor south, running along the east coast of Corfu and passing the Venetian fortress skyline of the capital Kerkira.  Then followed Benitses, Moraitika and Kavos. Dick kept a weather eye out hoping for the wind to fill in, while Paul gazed nostalgically ashore recalling his youth spent working on the island.

Arriving in Lakka the most northerly point of Paxoi, and with the light fading fast we anchored in the bay and were greeted by the unmistakable sound of a Bouzouki -filled family celebration emanating from under a treeline speckled with taverna lamps. Ashore we discovered an engagement party in full swing, with no seating left, so we strolled into town to find another eaterie and being towards the end of the season there were plenty. After another feast of too many dishes and more than one bottle of surprisingly excellent red from the region, we headed back to White Dragon for a nightcap in the voluminous central cockpit before turning in.

This morning we left Lakka and arrived in Fiskardo the yachting capital of the island of Cephalonia, I couldn’t help noticing the admiring glances from the cognoscenti aboard a number of the usual suspects that you would expect to see at anchor in any Mediterranean harbour. As the sun began to set we secured our berth for the evening, dropping the bower anchor and taking a stern line onto a secure fixing on the shore 50 metres away.

The neighbours indiscreetly captured our arrival on camera phones and video-cams: White Dragon was again turning heads in one of the most exclusive yachting destinations in the Greek islands. It was time for a sundowner and we toasted our fellow sailors as Dick thanked them for the compliments showered upon White Dragon’s many beautiful features.

Heading out of Fiskardo we aimed for the nearby Island of Ithaki the home of Odysseus in Homer’s epic poems The Iliad and The Odyssey.  After a pleasant day of gentle sailing we arrived at one of our favourite destinations Kioni. Anchoring just metres from the shore in the early evening, we broke out the toys and enjoyed an hour of swimming and rowing around this stunning little spot to check out the surrounding nooks and crannies of our overnight stop. Soon enough two more yachts anchored nearby. One was a catamaran of jolly Germans who toasted White Dragon’s lines after we had assisted them in effecting a safe mooring for the night.

Just a short stroll from our landing point we arrived at the AVRA Taverna on the quayside. Within moments we were tended to by Greece’s very own Annie Lennox: not only did our hostess look like the iconic pop star, we later discovered she had an excellent voice of her own. After dinner the White Dragon Five made the short walk to Café Spavento to enjoy the ubiquitous nightcap and surprisingly a fine selection of classic rock tunes, all the favourites of the bar owner Spiros.

The day had arrived for the legendary White Dragon curry. The skipper had identified a remote safe anchorage Vathy on the north coast of the Island of Meganisi. So with a heavy heart and sore heads we had a departed Kioni and headed north for Vathy. We anchored, swam in the sheltered haven as the sun began to set, while Dick Beaumont rustled up what was to be one of best meals of the week. We sat back and settled into White Dragon’s spacious and comfortable centre cockpit to enjoy a steady flow of fine wines and even finer anecdotes to accompany the Skipper’s feature dish, which left us tired, but not emotional!

The following morning we headed to Lefkada four hours north. As we arrived in the marina a local skipper passing White Dragon revealed himself as the owner of the boatyard adjacent to Lefkas Marina. After offering his services should we need them he further volunteered his admiration of White Dragon’s fine lines and all round beauty and then with a wry smile said “the only thing I would change is the colour!”. At which Dick said “what’s wrong with it?”. “I’d like a blue hull.” Dick added: “Once I get your order I will send you our blue hull coding chart.”

By now we had all begun to realise that White Dragon was attracting accolades from all who saw her. Dick Beaumont is very proud of the impact she makes. Leaving Lefkada behind and heading further north we waited for the 3pm opening of the swing bridge on the Ayia Mavras channel allowing to make clear water back up to Paxoi.

We arrived in Gaios the main town to the south of the Island of Paxoi. We anchored in the bay and headed into the town to meet Athenian friends Dimitri and Katerina who had insisted that we visit their relative’s restaurant set to the back of the town. So with a couple of phone calls (via Athens) we were cordially invited to the wonderful Carnayo restaurant hosted by owner and Chef Spyros Tranakas. Once again we were spoilt with a wonderful selection of contemporary Greek cuisine.

It was time to head back to Gouvia, and because the windless sea was like a mirror, and we were obliged to motor, Dick Beaumont offered us the chance to hang on a rope off the stern of White Dragon, seeing who could hold on the longest as the Skipper increased the velocity steadily. We all took part with varying degrees of success, one who shall remain nameless, losing his shorts as he surfed in White Dragon’s wake. Great fun. We arrived back at Gouvia Marina later that afternoon. Two sailors came aboard making enquiries about Kraken, they were handed a beer and given a short tour by our Skipper. 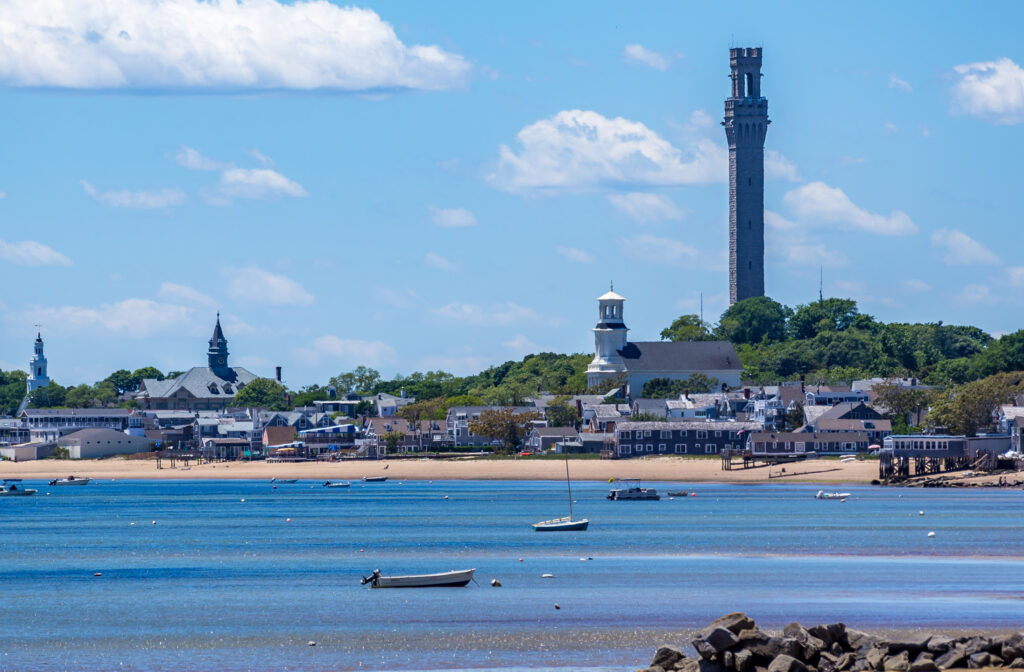 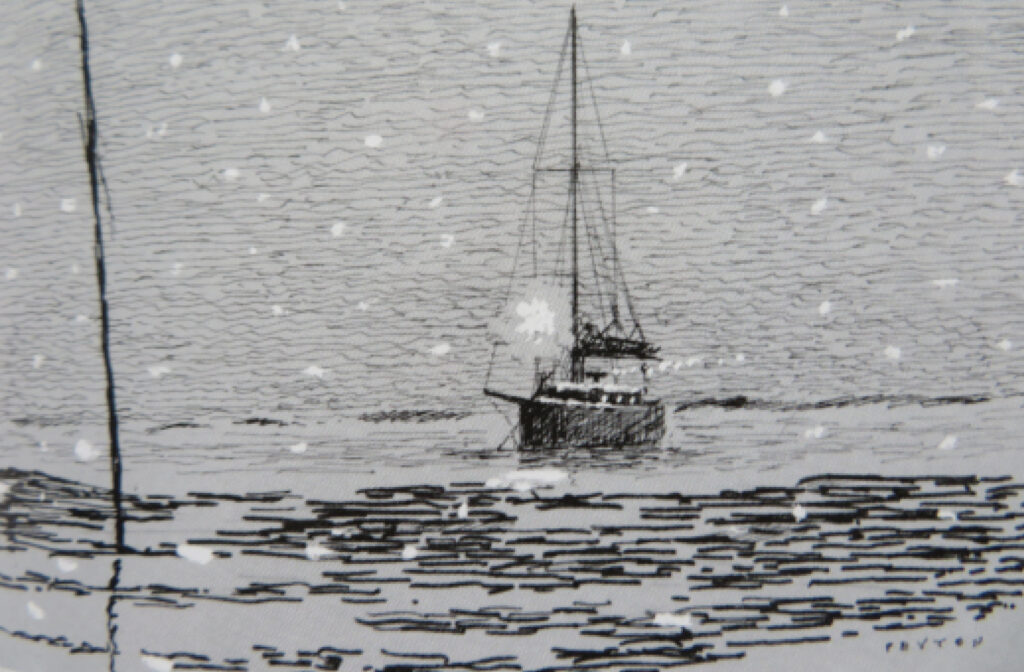 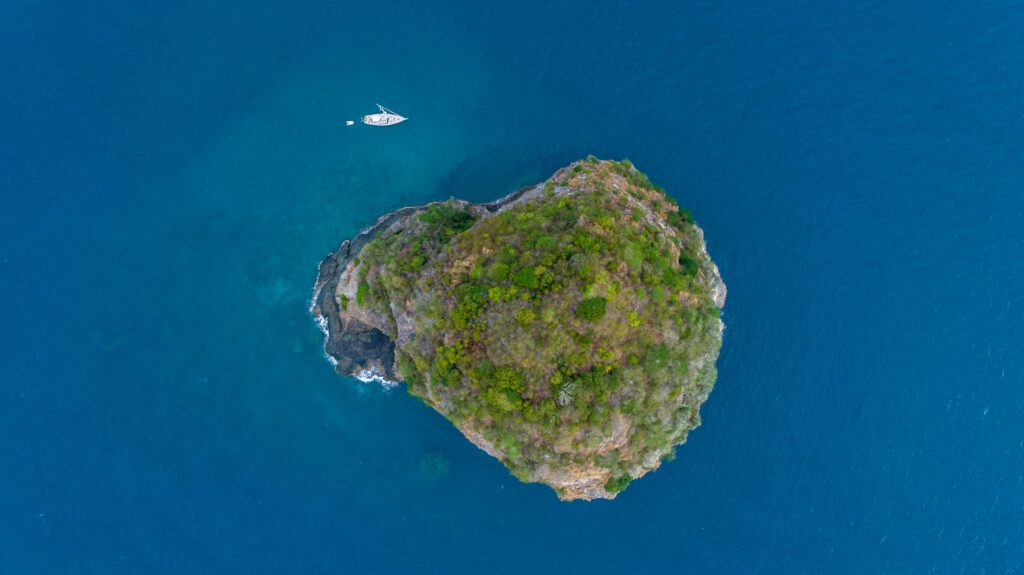 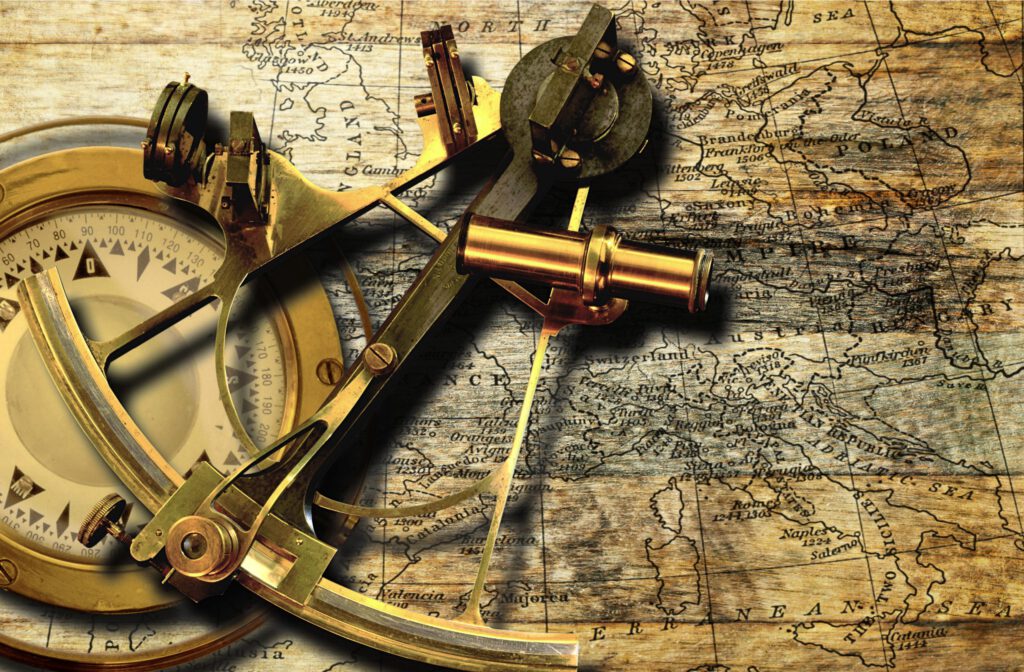