Piracy is any act of robbery or violence conducted against a vessel, from stealing a boat hook in a marina, to hijacking a yacht at sea and ransoming her crew.

It’s important to put the threat of piracy in context; more people are killed in road accidents in one week on Florida’s highways than the combined number killed by pirates worldwide in the last five years. From a safety perspective, you should cancel a holiday trip to Florida before cancelling your plans to sail the world.

Piratical acts can be divided into three categories; organised, terrorist and opportunistic. Some risk of theft from your yacht can occur in every country with a coastline in the world, but the areas identified below are considered to have an increased risk above those normally accepted in the ‘civilised’ world.

Yachts do offer an easy target for piracy at sea due to their slow speed, low freeboard and ransom value of their crews.

I would strongly advise that cruising sailors avoid well-known areas of organised piracy altogether. Listen to the third and fourth Ocean Sailor Podcasts*, with our guest Rene Tiemessen, who ran the gauntlet through ‘Pirate Alley’ from the Indian Ocean to the Red Seas, then you can make your own mind up!

(route from SE Asia to the Mediterranean or vice versa)

This was a very popular route for yachts sailing between the Mediterranean and Thailand, Malaysia and the Maldives, but from 2005 – 2012 the whole area was affected by organised Somali piracy.

Thanks to the efforts of Gerry Northwood OBE, our most recent guest on the Ocean Sailor Podcast (click here to listen to this episode) and the combined efforts of more than 30 navies and international organizations including NATO, the threat has greatly reduced since 2012. It is, however, still a risky region and Gerry and his colleagues from Maritime Asset Security & Training (MAST) still advise yachts to avoid this area due to the increasing political instability in Yemen.

This is now the most dangerous area of the world for any vessel, both commercial ships or yachts.

Fortunately, it’s not an area that most cruisers will want to visit, however, if you’re sailing up from Cape Town to Gibraltar and the Mediterranean via St Helena and Ascension Island, you might wish to make good easting and that could take you near the West African coast.

Three years ago I sailed this route in White Dragon, my Kraken 66, making for the Cape Verde Islands. Ideally, such a course takes you due north through the Doldrums to within 100nm of Sierra Leone or Guinea to give the required easting, which would allow a tack onto a NW course across the North East Atlantic trade winds. I erred on the side of caution, preferring to tackle winds hard on the bow rather than African pirates and stayed 200nm off the West African coast.

In 2001 New Zealand Yachtsman Sir Peter Blake was shot dead by river pirates in the Amazon and piracy is still rampant there today.

The pirates here are particularly vicious and will shoot to kill without hesitation.

Very little piracy has been reported by yachts or private craft in this region as most avoid the area completely. It’s believed that increased drug trafficking has made the problem worse.

The whole of the Amazonia State of Para has a significant threat of organised piracy so Belem and its surrounding districts should be avoided too.

There have been a few recent reports of attempted hijackings of sea-going commercial vessels.

The area and islands around Jolo in the Sulu Sea have long been the bases of an Al-Queda terrorist cell headed up by Abu Sayyaf. They have been responsible for many kidnappings and murders of foreigners captured in the Mindanao region. The area of danger extends to North-East Borneo, Malaysia and in particular to the world-famous dive resort of Sipadan. There have been multiple killings and kidnappings of foreign tourists and a German yachtsman, who had misguidedly tried to sail around Mindanao.

I intended to sail to the Sipadan dive site in 2010 before the resort was raided, but turned back to Kudat at Sandakan due to warnings from locals. Most cruising sailors wisely stay well clear of this region, but the rest of the Philippines’ 7,000 islands, however, is a fabulous cruising ground. I sailed there for three years without feeling any threat and without a single incident.

This is a region under threat due to the recent subversion of ISIS terrorists in Northern Mozambique around the district of Cabo Delgado. Ocean Sailor Podcast guest Gerry Northwood warned there is growing international concern that shipping in this region may soon be susceptible to the type of piracy that developed from the conflicts in Somalia.

When I sailed from down the Mozambique Channel from northern Madagascar to South Africa in 2017, there was no indication the area was soon to be affected or considered a piracy risk. The message here is to keep yourself informed.

Robbery is the main motivation for this kind of piracy. There are many things that can be done to reduce the risk which we will cover in part three of this series.

The Straits of Malacca is a relatively narrow seaway some 600nm long between Sumatra and the Malaysian Peninsula. It has a historic connection with piracy going back centuries, but thanks to the combined action of the Malaysian, Indonesian, Singapore and Thai navies and coastguards, the risk is now minimal. The occasional attacks here have only been towards commercial ships in recent years.

I have sailed through the Malacca Straits on many occasions without incident, but have always treated the passage from the Singapore Straits through the Batam Islands to eastern Indonesia with caution.

I would advise sailing between these Indonesian islands at night avoiding
Batam itself.

The islands of the West Indies lie on a drug smuggling route between South America and the US and this, combined with increasing poverty and the instability of some governments in the region, is causing concern that piracy here may be on the increase.

Even right back in 70’s, when I was sailing there, the bays in the north of St Vincent were known to be dangerous anchorages.

Most piracy here is quite low level and most is no more than opportunistic robbery.

Yachts on passage from Trinidad to the Grenadines have been robbed at sea, mostly in the area around the Hibiscus Gas Platform, so a wide berth is recommended.

The area around Grenada and St Vincent and its islands should still be treated cautiously.

The highest consistent risk in this region is around Panama.

Due to the lack of movement of yachts around the Caribbean due to Covid-19 restrictions, the reports for 2020 and 2021 thus far are correspondingly low. Fortunately, most attacks are not violent in this much loved cruising region. Considering the amount of sailing activity, incidents are still relatively low.

Increased incidents of theft and armed robbery against yachts occurring in both Brazil and Venezuela have been blamed on growing poverty and have been exacerbated by the impact on the economy of Covid-19.

There does not seem to be any specific areas that identify particular problems so proceed with vigilance and caution if you visit.

The basis of Papuan tribal culture is that virtually every village is at war with its neighbour. When I spent three months cruising the country I was told there were 864 different languages and tribes will attack another inflicting violence at alarming levels, fatalities in these battles are common.

Port Moresby, the capital city of PNG is one of the world’s most violent cities and most yacht insurance companies will not insure vessels within a 200nm radius. All large towns and cities of PNG are very risky places to visit. On the other hand, the villagers who live well outside the city areas are the most friendly people I have ever met… to visitors!

The problem in the cities and large towns is caused by the misuse of alcohol. Once or twice a week, villagers within a 50-mile radius send the village skiff to town to get provisions. The crew of these skiffs, both men and women, drink to excess, so if they see you on their way back, you will become a target.

When villagers come out to greet you and to exchange and barter with fruit and vegetables, ask them two questions:

Question 1: “Is everyone here friendly?”
Mostly they will tell you their village is friendly but the neighbouring village village has many rascols, a deriivative of rascals in pigeon english.

NOTE: Often the village chief or village elder will come out and offer coconuts as a gift. It’s not a con trick or ruse and they will be most offended if you don’t accept the gift, nothing is expected in return.

Question 2: “Are there any crocodiles?” There are a lot of crocs here but the villagers will more often or not have cleared them away. A villager once held up his hands, half a metre apart, to describe a croc size, I said ‘Oh quite small then?’ He explained this was the width of the crocs head!

It’s not practical or necessary to avoid all areas of the world where lower-level piracy, or theft on the sea, may exist. Principally, wherever there is poverty there is crime.

Inform yourself of where incidents of crime onshore are commonplace, or where isolated robberies have occurred recently, and be sure to avoid them. Often it will be one or two rogue thieves that cause 90% of the problem in a given anchorage, once caught and jailed the problem is solved.

In Part III of the Onboard Security Series, we’ll explain some simple procedures that you can carry out that will greatly reduce the risks of attracting thieves. We’ll also provide an extensive list of worldwide organizations and information sources that are responsible for advising mariners on all aspects of piracy threat. 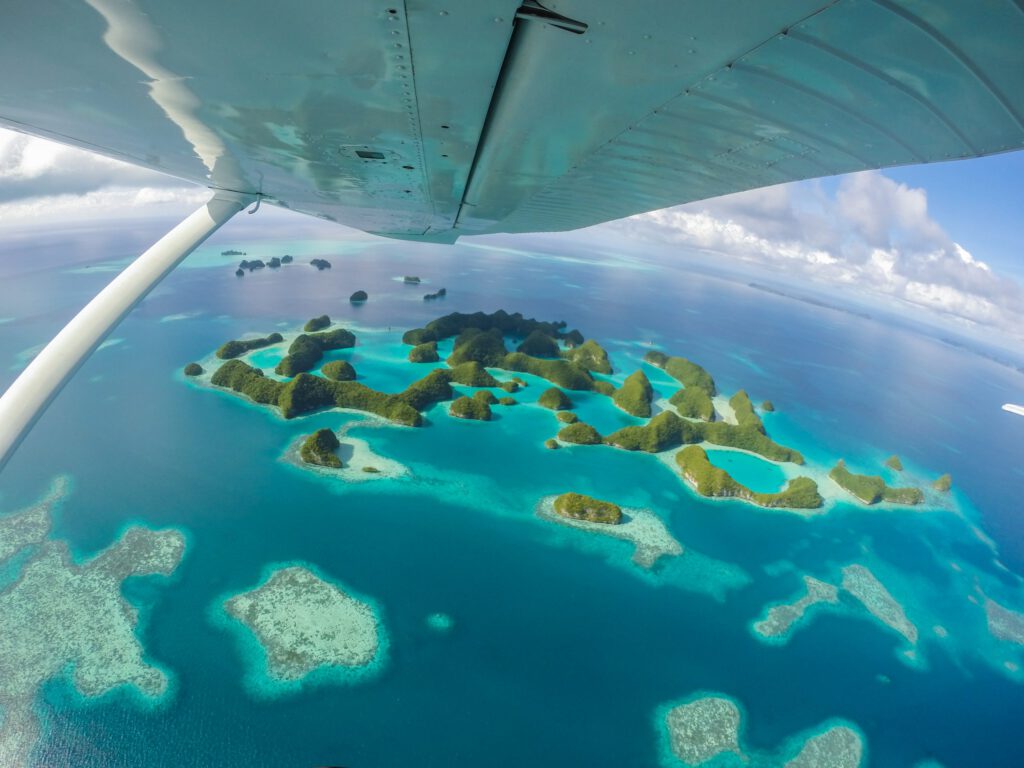 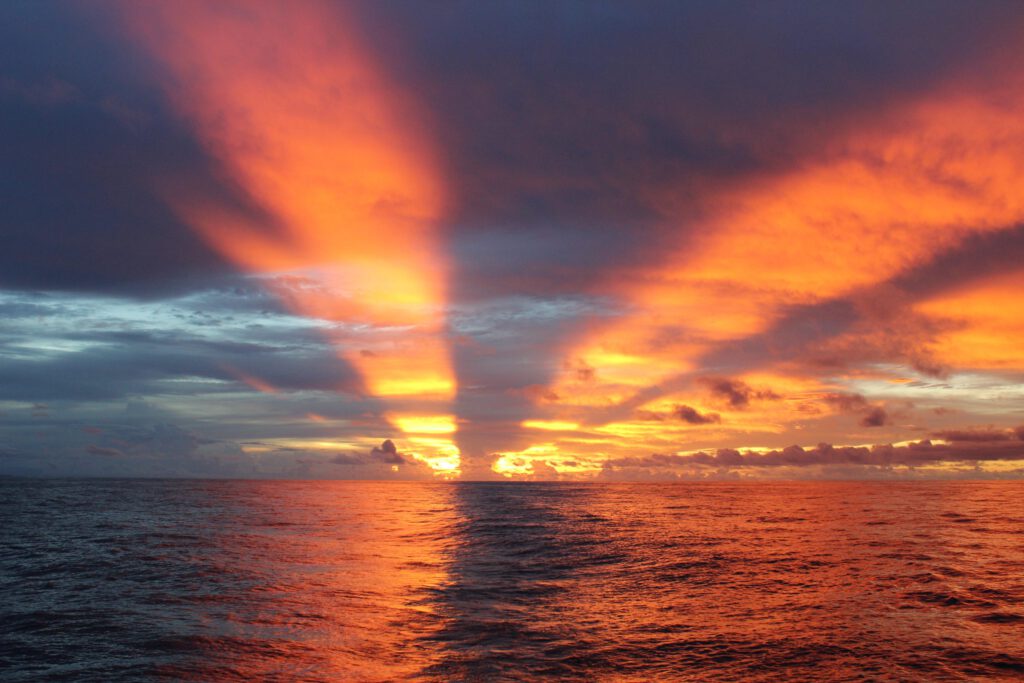 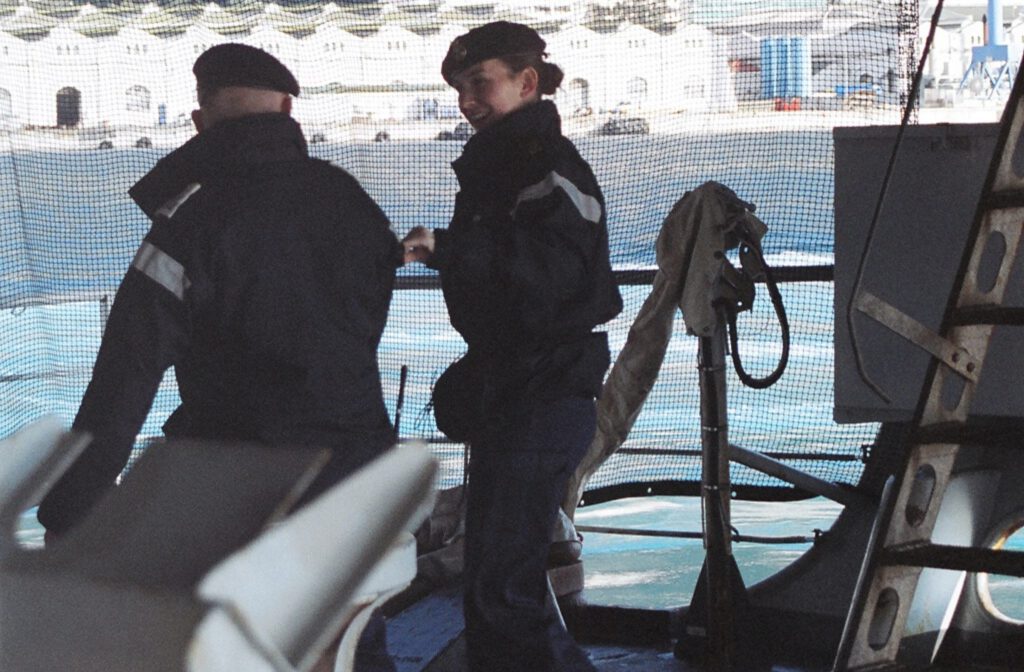 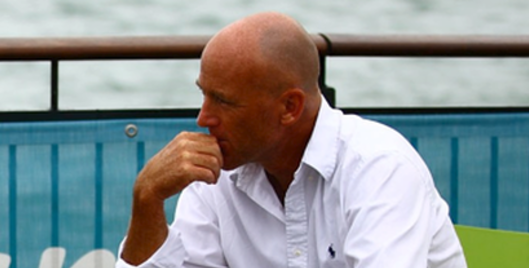