In the South Seas, he picked up a loyal Tahitian longshoreman, Etera, as the crew who shared many of the sailor’s adventures which included disturbing encounters with native labourers working for Christian missions, with names such as ‘Mission of the Sacred Heart of Jesus Christ, Ltd.,’ and ‘Catholic Mission of the Holy Ghost, Ltd.,’ in the Western Pacific.

Robinson discovered natives being exploited financially, sexually and used as cheap labour in several locations, but perhaps most astonishing of all was the story he heard in New Guinea:

‘A mission there had a grand idea. The natives were making their copra. They were told that they must make one sackful for Christ for each sack of their own. This would prove the sincerity of their religion and would help counteract their worldly sins, which might otherwise cause them to be tortured in Hell after death. (Hell, in this case, was the live volcano, Manam, which steamed away a few miles off the coast.) The mission would collect the copra later and see that it was safely delivered to its holy recipient.’

‘One day a schooner came to anchor just off the main village. A strange figure stood on deck in a flowing night-gown. He wore a beard and long hair. Unless you looked closely you would not have noticed that the hair was teased hemp, dyed.’

‘Rumour spread far and wide that the stranger was Jesus Himself come for His copra. All-day the schooner laid there and all day a procession of loaded canoes propelled by awed natives made it’s (sic) way alongside. When the ship could hold no more, she sailed away over the horizon, full of Christ’s copra.’

Available on Amazon amongst other places.

More reviews from The Ocean Sailor 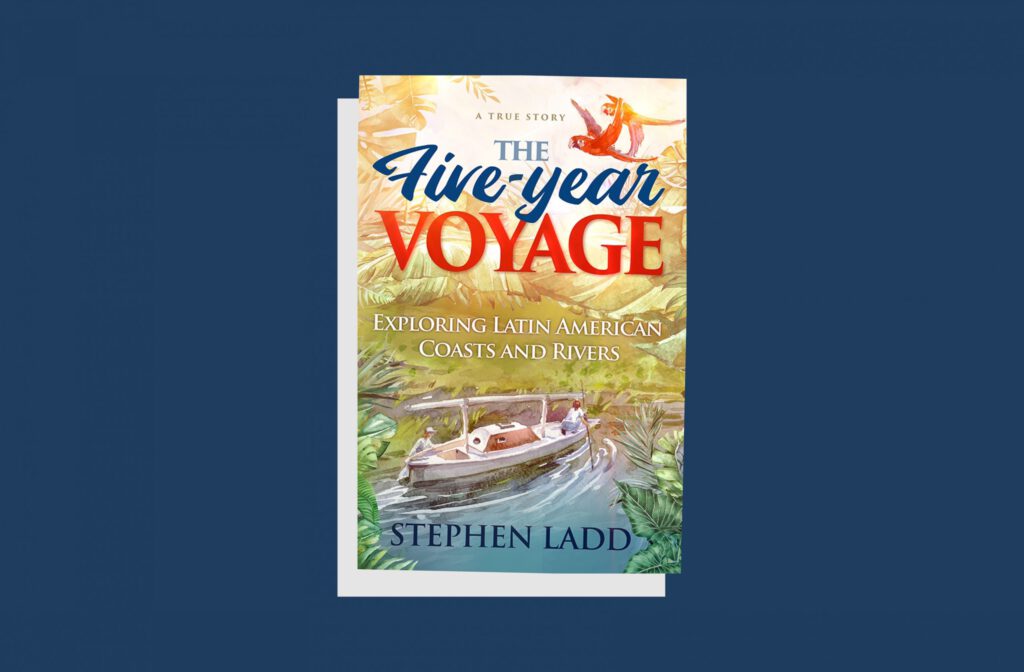 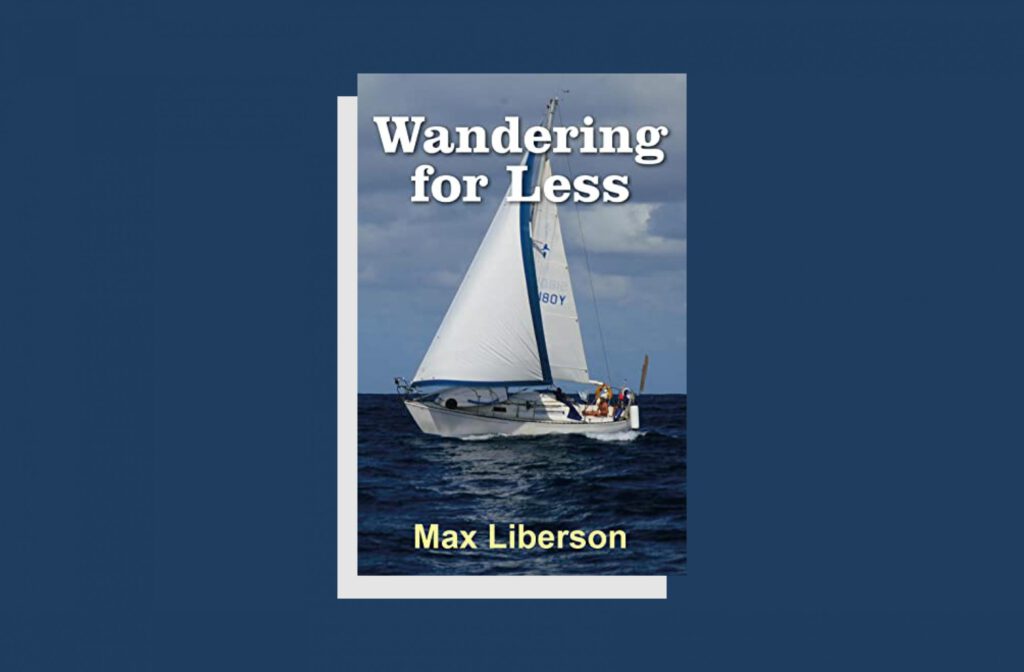 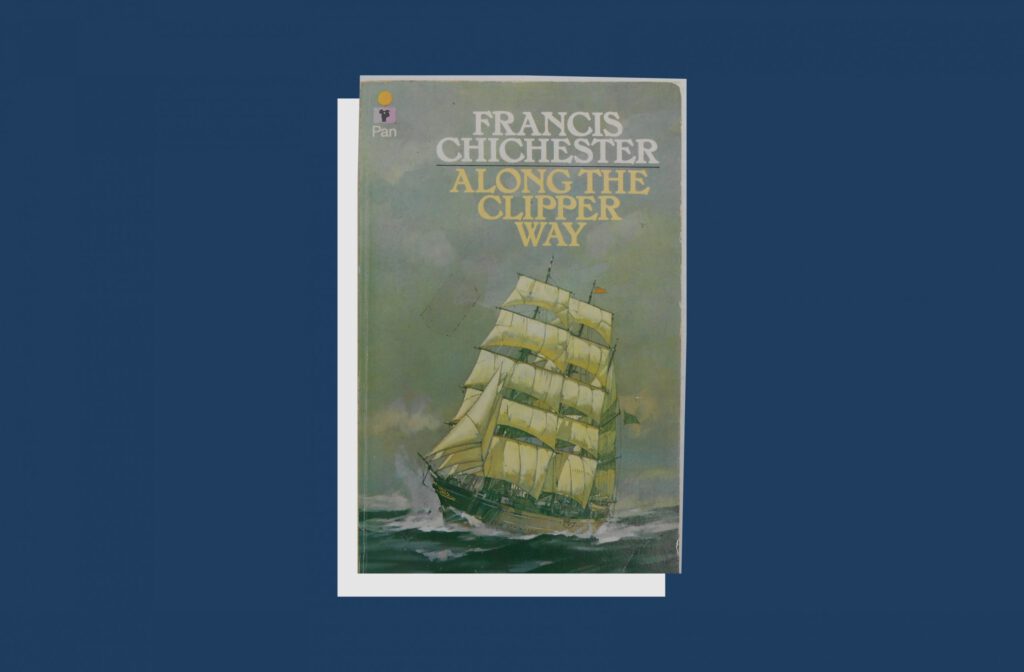 Along the Clipper Way 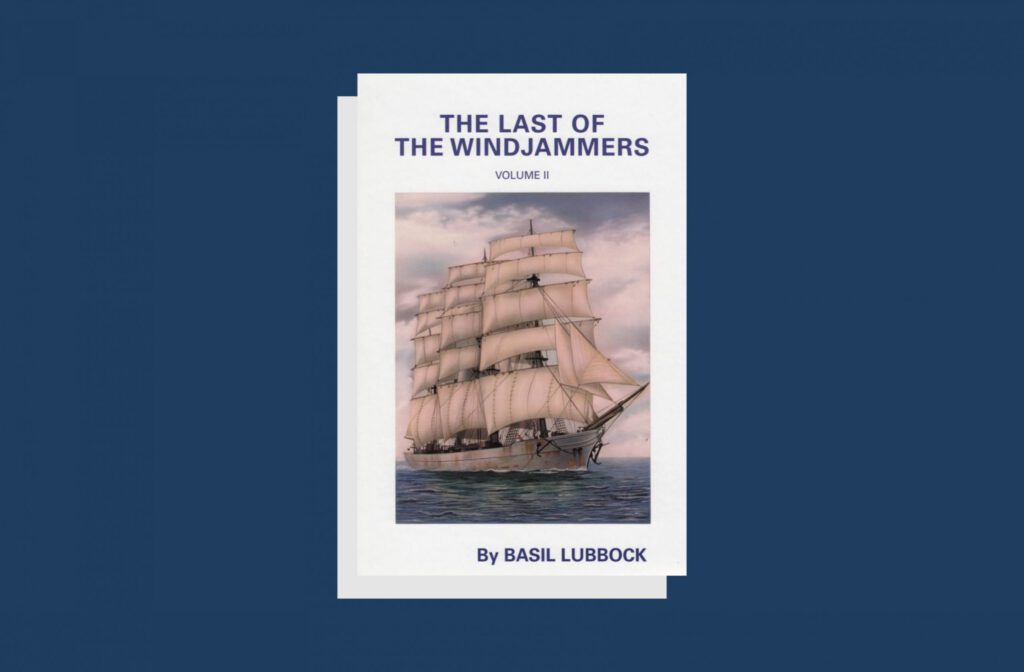 The Last of the Windjammers Volume 1 & 2