Filip Sochaj takes us through the complex matrix that lies behind hull configuration, form and stability.

‘I can prove anything by statistics except the truth’ George Canning

In recent years the yachting industry has become very focused on quoting statistics and ratings. While numbers, or algorithms help analyse characteristics or elements of a yacht, so a picture can be built of how the yacht may perform in certain circumstances, none of these statistics alone can be used to evaluate the perfect yacht for blue water cruising. It’s a different story for racing yachts where designers know they have to design a yacht to win, considering the defined racing rules, but a blue water yacht needs many different attributes to qualify for the title ‘perfect blue water yacht’.

Our objective in this article is to explain what the various numbers and the groups of statistics mean and how a prospective yacht owner should interpret these.

The numbers behind yacht design

I realise many others have previously given a description of each of the ratios, be it long or short, but hardly anyone outside the industry’s specific yacht design literature, has tried to explain why they exist, or what they really tell us. I hope to throw some light on them all, so that the numbers generated can be properly understood from a layman’s perspective.

I will discuss, why having a Ballast ratio around 30% is considered to be important and why that is not always the stability indicator it is assumed to be. Why to get Cat.A (ocean class) in CE you need the STIX  value to be at least 32, but an accepted rule of thumb is that the STIX should be at least the yacht length in feet. How, at the same time, a yacht with a STIX of 34 can be a proven ocean going design with the same capability as a yacht of the same length as one with a STIX of 58. Finally, those who are more interested in boat design will know that Cp should be around 0.53-54 for cruising yachts, but why do many boats perform well with a Cp of only 0.6?

It is my belief that there is a difference between knowing and understanding, and it always serves the potential yacht purchaser best to have the latter, especially when things are not as black and white as we would like them to be in a perfect world.

The ratios we will talk about in this series:

The first ratio to take on is the ballast ratio. This is simply: how much of the yacht’s overall displacement comes from the ballast.

The general rule is for the yacht to be in the 30%-40% bracket. It is often believed that the higher the ballast ratio the stiffer the boat, this can be true, but not always, because ballast ratio doesn’t account for how the mass is distributed. When looking at what makes the boat heel and what prevents it heeling, we are looking at forces, and forces create moments based on where they act. Simply put, the force of the wind acting on the sail x the height of the sail’s centre of effort is what makes the boat heel. It is then the ballast’s job to counter that. Thanks to gravity, the ballast has a force of its own, but where is it acting from? If it is acting from the bottom of the keel it will have a long lever arm, so the moment will be high, but if it is in the bilge the moment will be much lower.

Therefore we can have a situation where two yachts of the same ballast ratio, say 35%, have extremely different characteristics. This is why, when a boat builder offers a short keel version of a yacht, you should see that he has increased the amount of ballast in it. If he hasn’t, then it should be something to keep in mind. Has the builder adjusted the rig, or is the shallow draft version only available with such interior layout that mitigates the lost righting moment? Or is the intent to accept poorer sailing characteristics for the benefit of lesser draft? You can run round this argument a hundred ways, but it will distill back to the same discussion.

What do you want to do with your yacht?

Another aspect of the ballast ratio which strictly relates to cruising boats is its relation with added load. In most cases the ballast ratio is given when the vessel is empty, known as lightship, to elevate the numbers. Moreover, it is most likely that the yacht is designed to perform optimally in her lightest condition, which makes sense for racers and racer-cruisers. Blue water cruisers or anyone who loads for a longer voyage will never operate at lightship condition. This can mean that a light displacement yacht which was designed to operate at, let’s say, 32% ballast ratio, when loaded with people, gear, fuel, water, and provisions has now got a ballast ratio of 25% or less. On our K50 we allow for 4,000kg of added load. This might seem a lot but it corresponds with the reality of world cruising where sometimes your only chance to get a replacement alternator for your engine is if you took one in the first place. The added weight of the load translates to the ballast ratio in a K50 from 38% at lightship to 32 % at full load, because we have designed the yacht forecasting this load, it doesn’t create a stability issue.

On the extreme end, we have a Beneteau Oceanis 51.1, (also a CE Cat A yacht !), which starts off with a ballast ratio of 24% at lightship, because it only displaces 13,900kg at lightship and relies heavily on form stability. When you add the load, it would need to go off cruising, the ballast ratio will have dropped to less than 18%. Although it’s very low ballast has some compensation from the form stability created by the superwide stern delta shape, it’s still far too low to be considered suitable for blue water cruising.

The main point about ballast ratio, is that as an exclusive statistic it doesn’t tell you much about how the boat will behave. It merely gives you an indication of what to expect in consideration with other statistics. Remember also that ballast ratio only tells you how much lead or steel there is in the keel, but not where it is, which is just as important. On the other hand, when you also know the lightship displacement, with some very quick maths you can determine how well a given yacht will carry a cruising load. This generally means that the heavier the boat is the easier it is to “swallow” the added mass without feeling it.

Sail Area/Displacement and Displacement/Length Ratios are two more useful numbers used a lot in the yachting industry. They also often serve as bases for more complex analysis so it is important to fully understand what they mean. I have put them together in one section as principally they both have a direct effect on how fast the yacht can go.

This ratio gives an idea of the yacht’s speed potential. The lower the number the more speed potential the yacht has. By looking at the equation it is easy to see that there are two variables, Displacement and Waterline Length. To reduce the D/L we have to increase the denominator or decrease the numerator. The numerator is the displacement and the denominator is the waterline length. If we consider boats of the same length, the denominator will stay the same and our only scope for change is the numerator which is the displacement. This makes sense; lighter boats are generally faster.

For a cruiser specific scenario, we have to consider operating in heavier seas. In such conditions a heavier boat will behave in a more sea-kindly manner to the sailor, as a well “embedded” hull in the water will be more resistant to jumping out of the water and slamming in a seaway. D/L ratio is very well suited for this assessment. Generally speaking anything under 200 is considered to be on the racing side. Adjusting for the harsher conditions out there, 250-350 is where you want to be for a blue water cruiser. To take the K50 as an example, she is sitting at 259 full load, so she sails well but gives none of her seaworthiness away to achieve performance.

This ratio measures the relationship between the sail area and the displacement of the yacht. Just like previous numbers , it is heavily affected by the displacement and, more importantly, the change in displacement between the lightship and full load. Over the years this ratio has seen an upwards trend, these days a well-performing cruiser is looking at a SA/Disp value in the range of 18-22 while, not even 20 years ago, this was still racing boat territory. This is mostly due to the improvements in materials and technology which allows for such boats to be made at a reasonable price. The other reason is that people want to sail fast. The flip side is that a boat with a high SA/Disp will always be more lively and require more skill than a more docile yacht with a lower SA/Disp.

However, as with everything, just having the number is one part of the story. In theory, the SA should be given as an area of the mainsail + 100% of the foretriangle. Unfortunately, manufacturers often quote the whole sail area, including jib or genoa overlaps, to maximise the SA/Disp number. Moreover, you need to look at the actual rig being talked about, is it a high aspect rig with tall sails or is it a shorter mast that makes up the area by means of long foot measurements? For the same surface area, a high aspect sail will be more efficient and generate more lift with a centre of effort closer to the mast. How far is the centre of effort for the sails from the waterline? The higher the centre, the more force from the wind will go into heeling the boat and less into driving it, which in turn, means the ballast must work harder – must be heavier/deeper – to keep her vertical when a gust comes.

All that said, it is always easier to reef than it is to fit a new rig and depending on your sailing style you should still have fun sailing at 8 knots wind speed without the need for the iron topsail (engine).

As a parting note please remember that before you run off to measure how much that extra tin of baked beans will spoil your ballast ratio, again, none of the numbers discussed above have any value when looked at in isolation. They should always be studied together with other data and even then, as a person who is using/buying a boat, they will still mean little without looking at the actual boat!

The angle of vanishing stability and STIX. Bringing it all together. 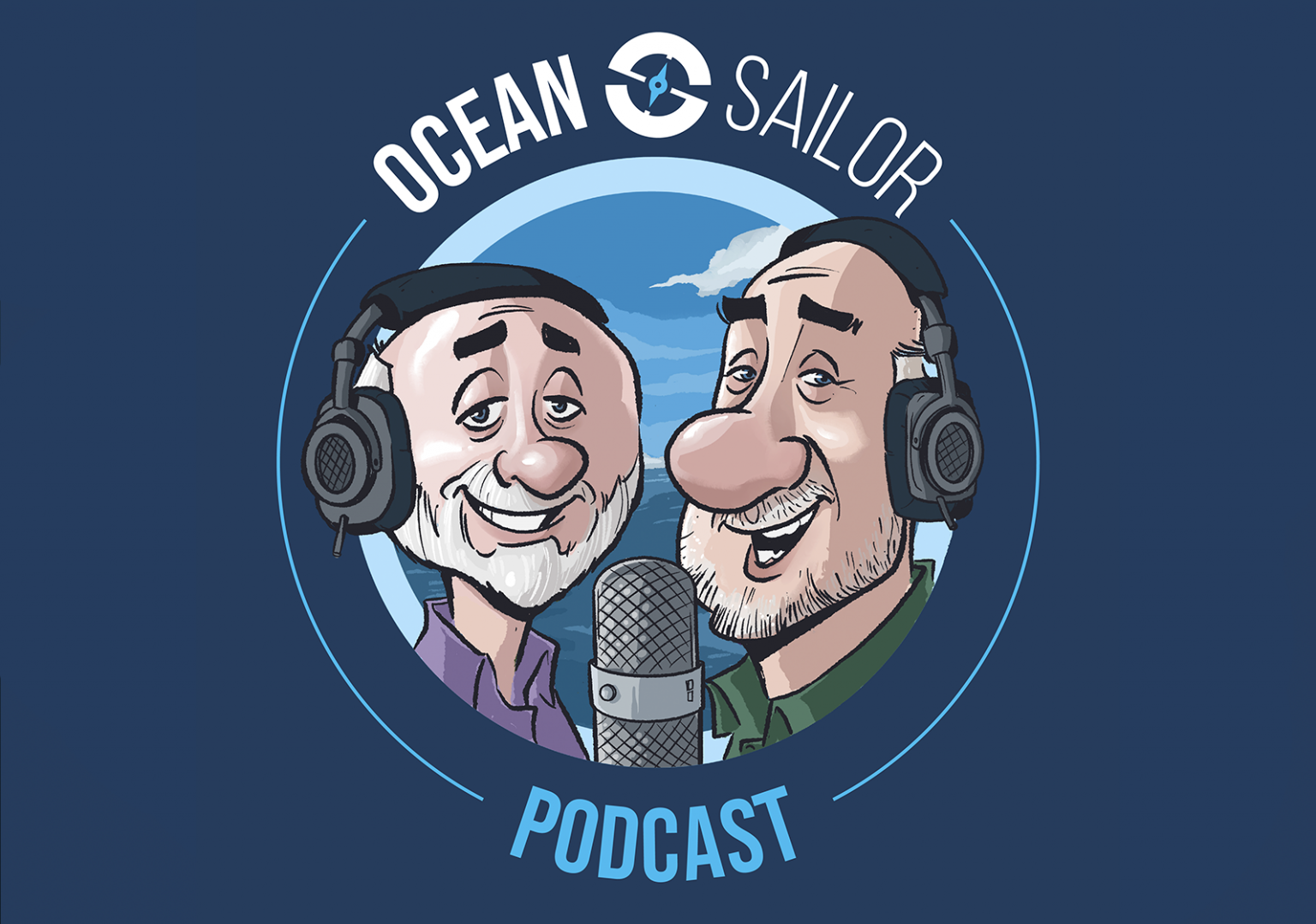 On Watch – The latest from the Ocean Sailor Podcast 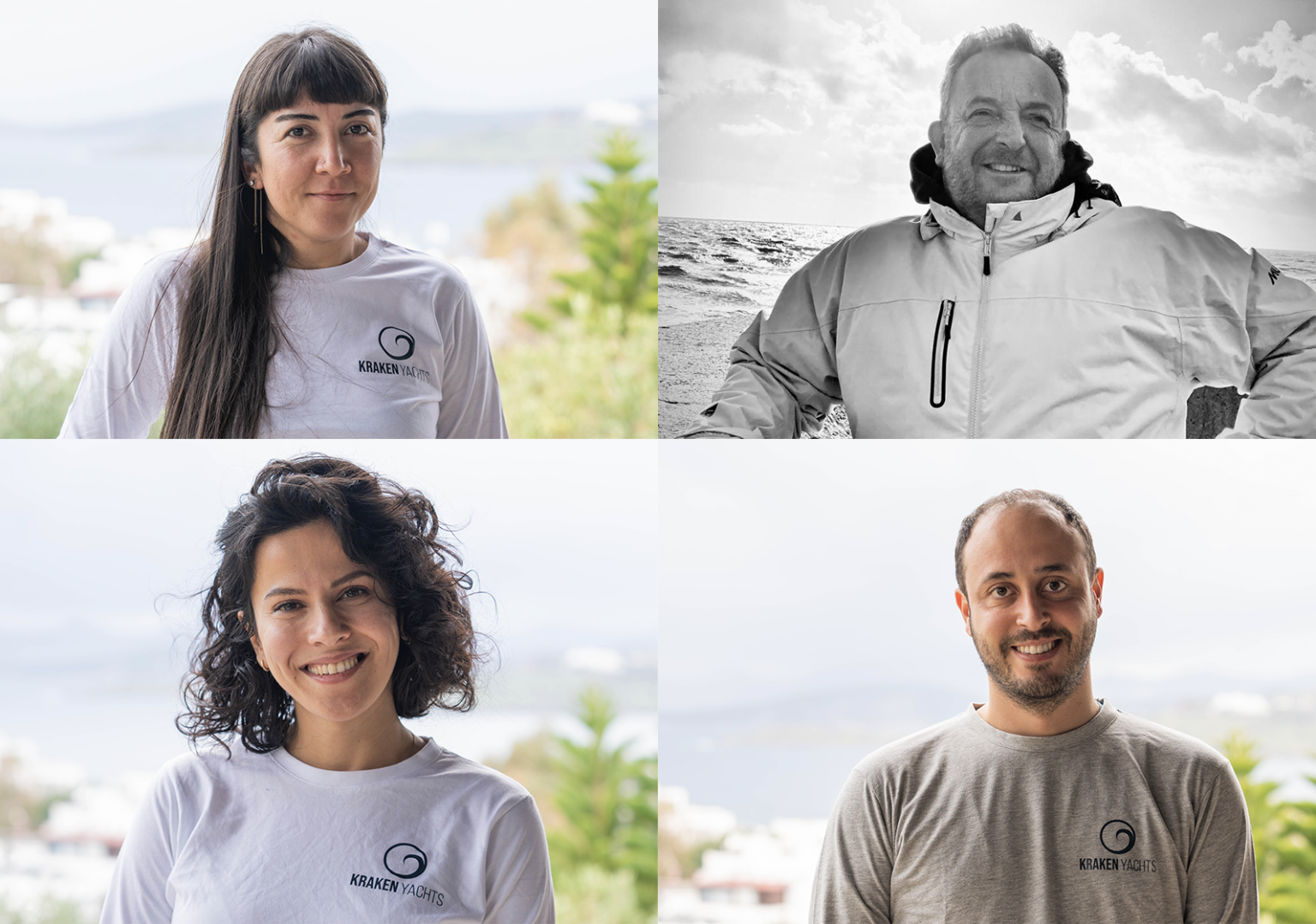 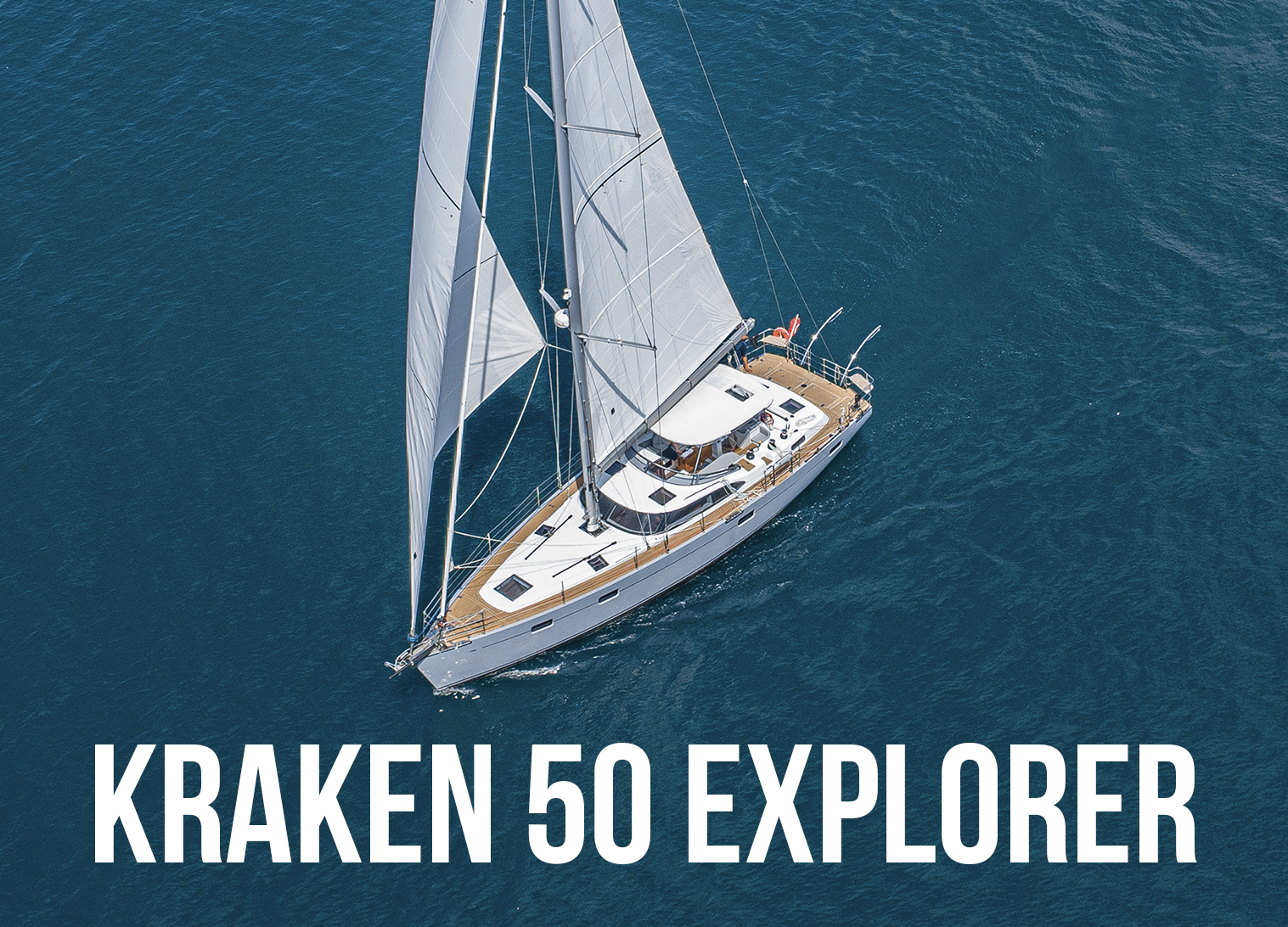 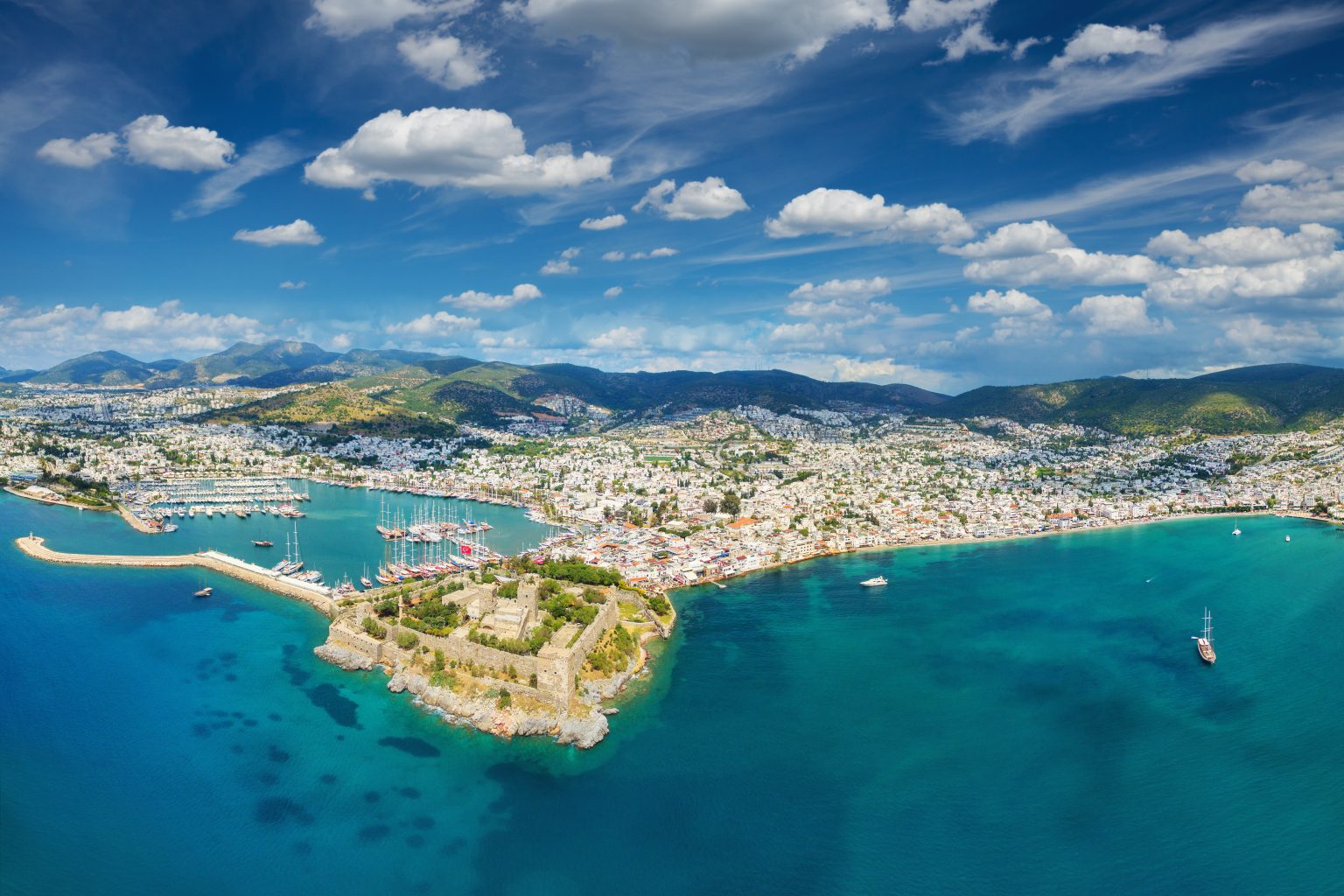