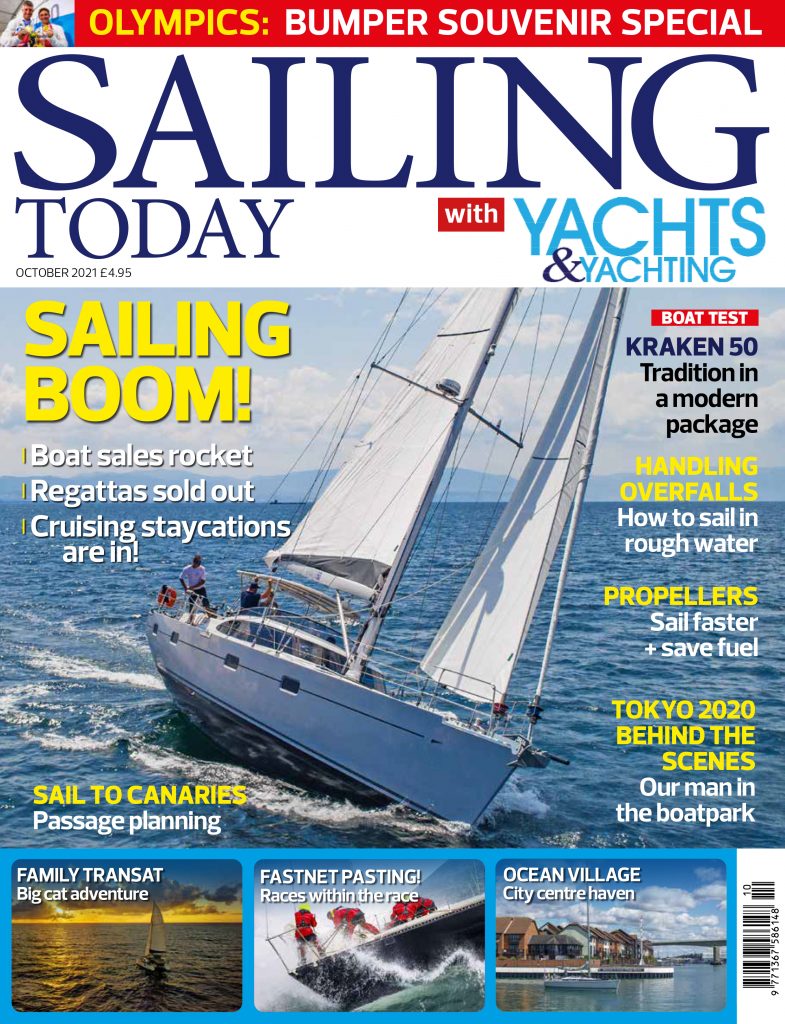 Check out Sailing Today magazine this month for a full review of the Kraken 50 and a stunning front cover. Editor Sam Jefferson joined us in Istanbul to put her through her paces. ‘A serious yacht by any standards and one that Sam had to admit he was loathe to disembark from!’

Read the full review of the Kraken 50 from Yachting Monthly 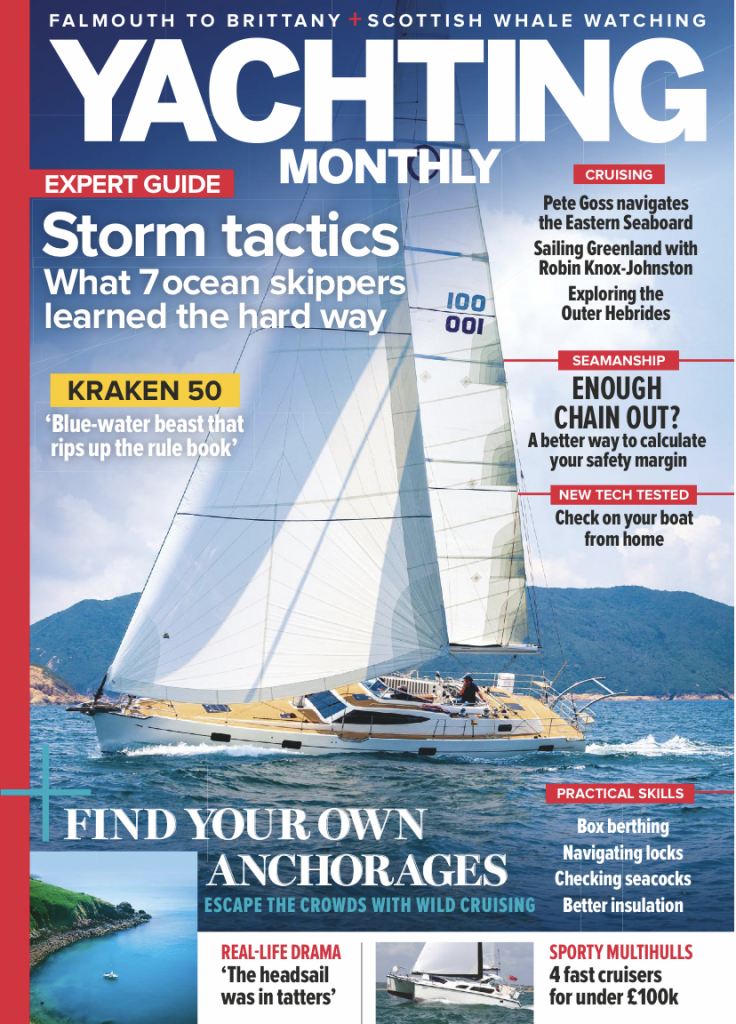 Conceived as a true blue-water voyager, the Kraken 50 incorporates a host of features that set her apart from other cruising yachts. David Harding reports.

The Kraken 50 stars on the front cover of Cruising Helmsman 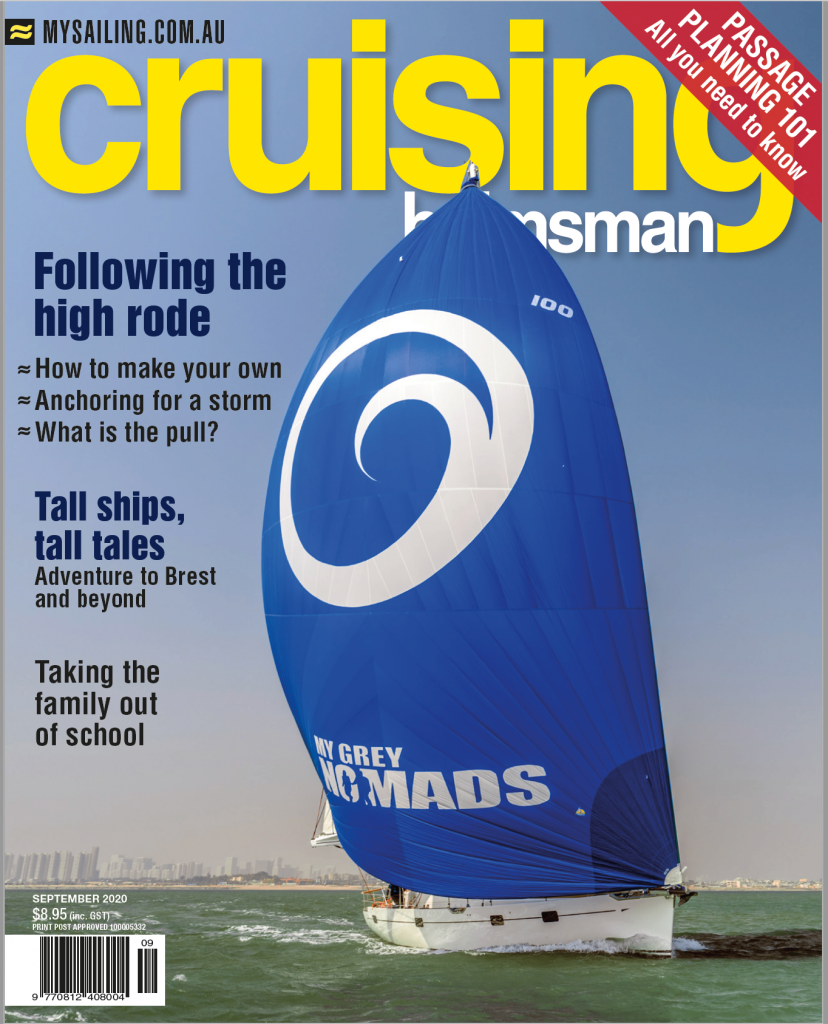 Read the full review of the Kraken 50 from Yachting Monthly 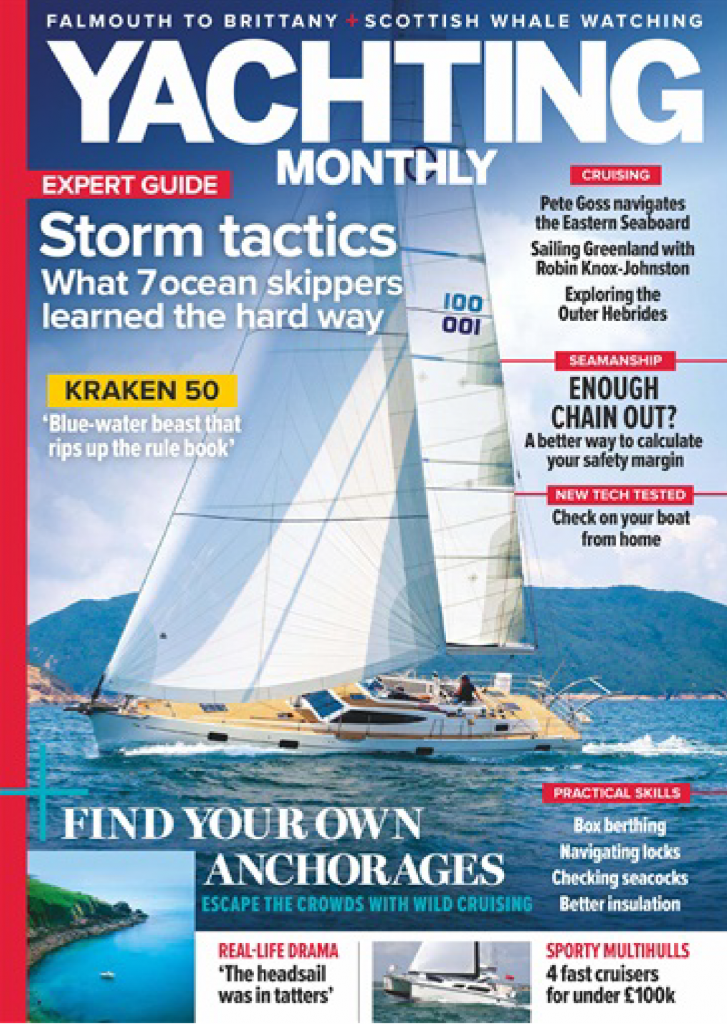 Conceived as a true blue-water voyager, the Kraken 50 incorporates a host of features that set her apart from other cruising yachts, David Harding reports. 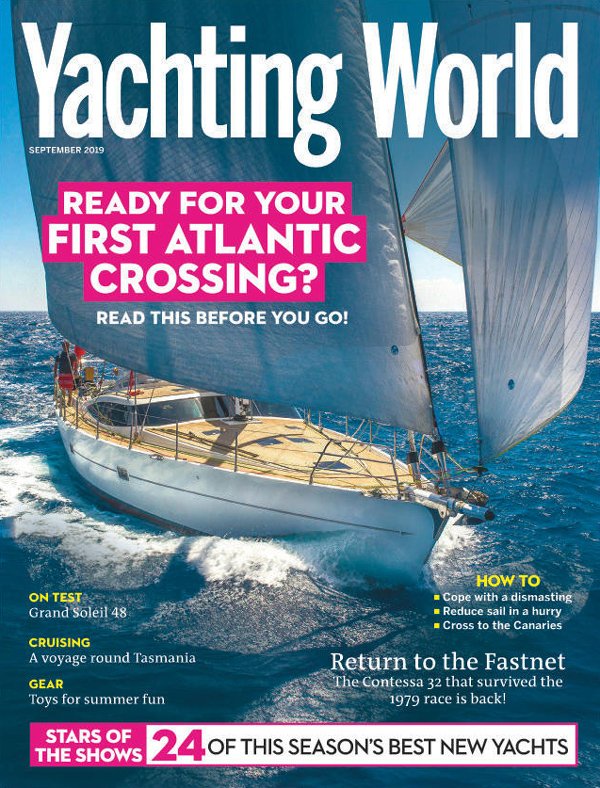 We are honoured to be featured on the front cover of Yachting World this month and in the cruising section after a recent trip down the coast of Turkey. Perfect conditions saw us wing on wing for a large chunk of the trip. Enjoy.

Read the full review of the Kraken 50 in Cruising Helmsman 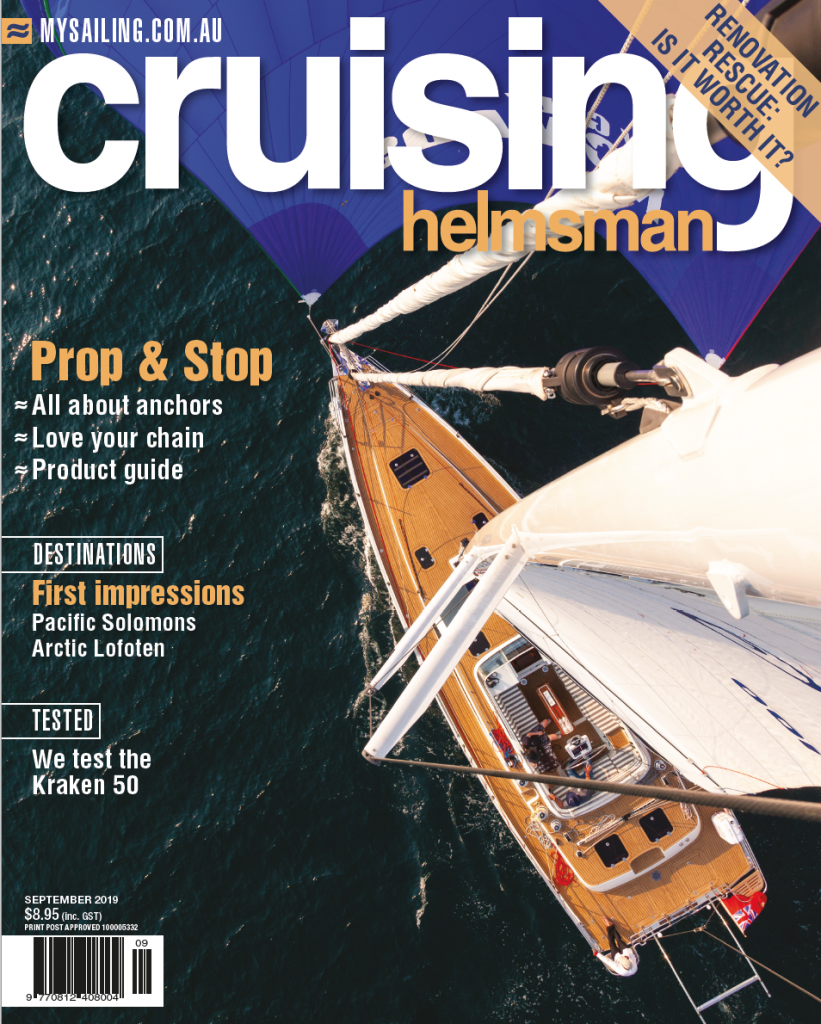 We’re delighted to be featured on the front cover of the latest edition of Cruising Helmsman and inside for a full 5 page review of the Kraken 50 from Journalist Phil Ross. Phil joined members of the Kraken team around Hong Kong Island to test sail the brand new Kraken 50. The latest issue is […] 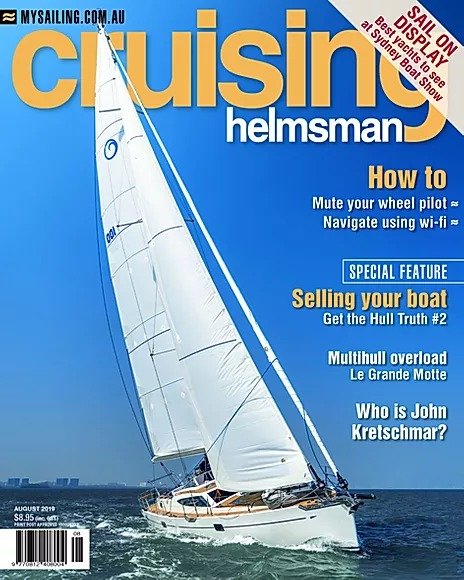 Back in August we were pleased to have the K50 adorn the front cover of the Australian publication Cruising Helmsman.

Read the review of White Dragon in Sail Magazine 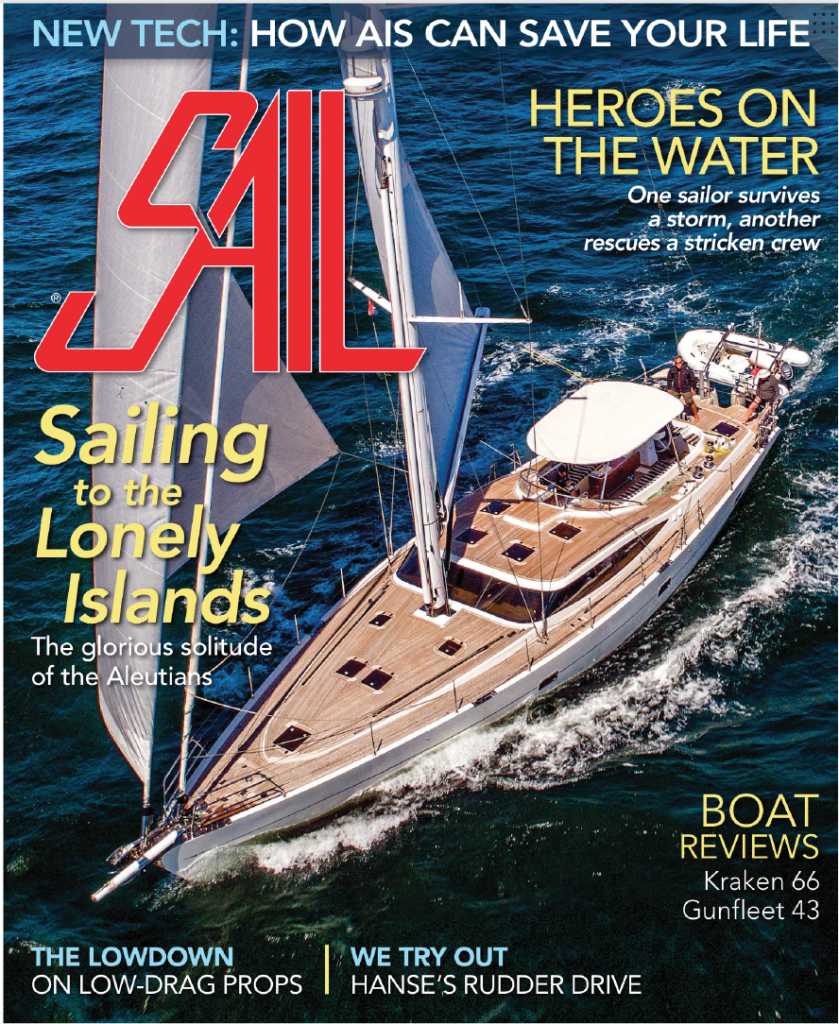 Kraken Yachts recently welcomed Peter Nielsen from SAIL Magazine on a test sail around Cape Town, read extracts from his review of the Kraken 66 White Dragon here. A 9,000-mile cruise from Hong Kong to Cape Town isn’t a typi­cal shakedown for a new boat, but it convinced Kraken Yachts founder Dick Beaumont that White Dragon, his new Kraken 66, was the boat […]

Read the review of White Dragon in Sailing Today 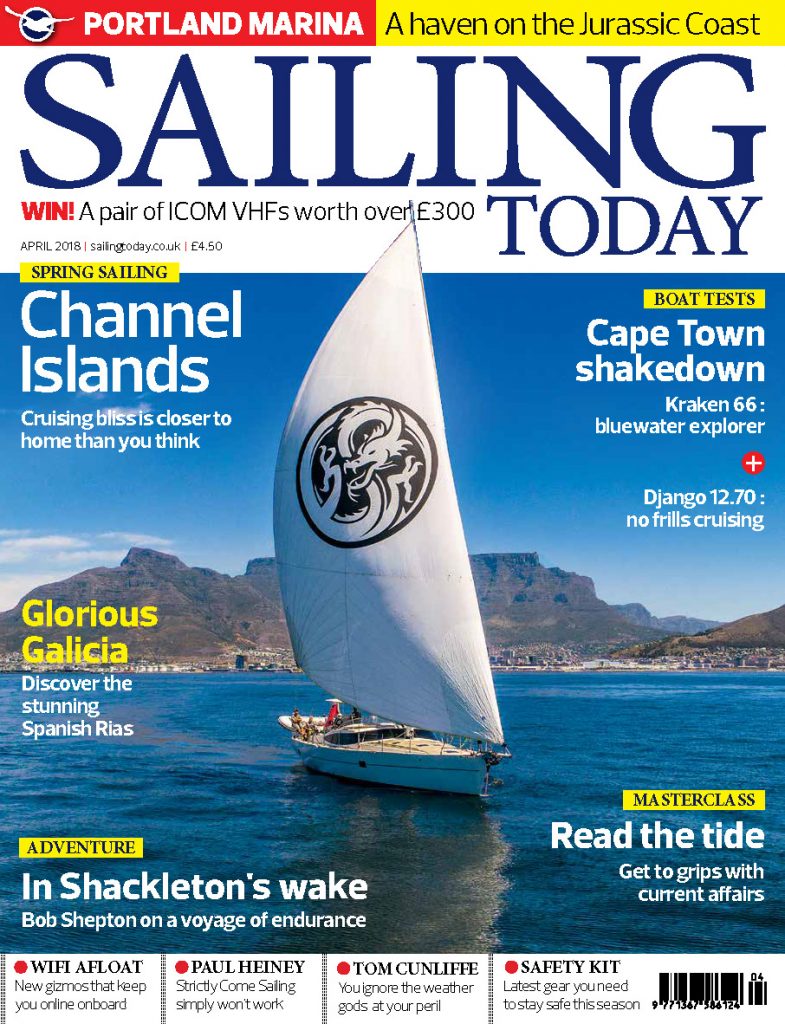 Leading correspondents from the sailing industry and prospective clients were recently invited to test sail the flagship 66 ft yacht of the Kraken range, ‘White Dragon’. Cape Town and the surrounding coastline offered a beautiful backdrop for the event.

Hong Kong to the Philippines in White Dragon 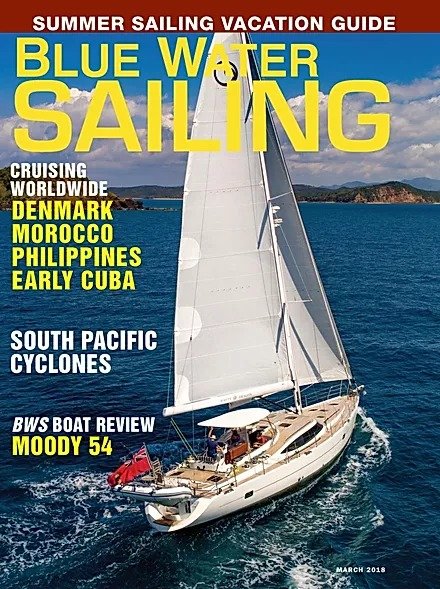 We were a couple of days later than intended, but that’s how it normally goes when getting everything done before departure.